Dan Bilzerian once claimed that he lost $3.6 million in a poker game, but the millionaire playboy was at no risk of losing anywhere near that much at a $1/2 cash game in Las Vegas this week. 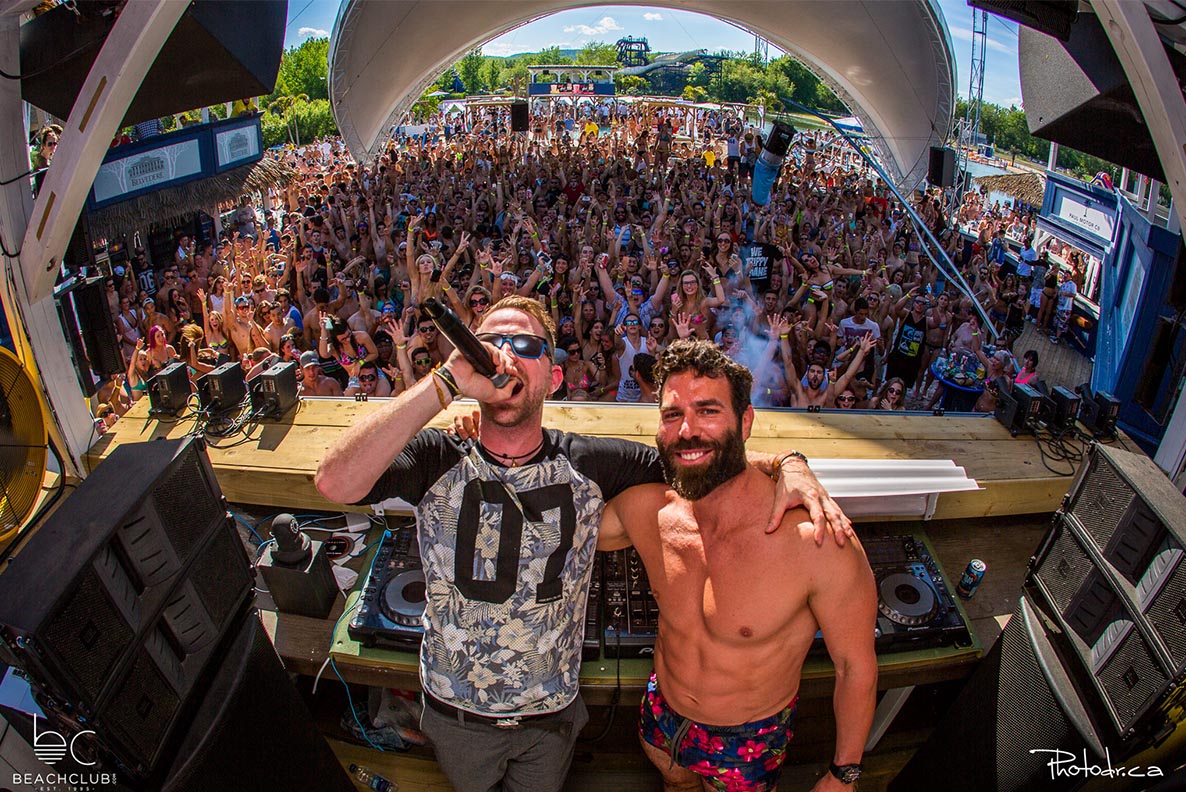 Dan Bilzerian (right) has apparently traded in his high-roller lifestyle for something more small stakes. (Source: The Daily Dot)

The so-called “Instagram King” is said to be worth about $150 million. And though Bilzerian has famously flaunted his flashy, high-roller lifestyle in the past, he’s more recently claimed that those crazy days are behind him now that he has a steady girlfriend. He perhaps also was settled down somewhat by being a survivor of the October 1 shooting in Las Vegas, which he broadcast on Instagram.

Popular YouTube poker vlogger Brad Owen ran into Bilzerian unexpectedly at the Red Rock casino in suburban Las Vegas this week, and jumped into a $1/2 no-limit hold’em game with him. Not only did Owen capture a few hands they played together, but also his video showed a less caustic side of a man who has often portrayed himself publicly as a world-class … um, not-so-nice guy?

From a poker perspective, Bilzerian, who was there with his girlfriend Sophia and a few other friends, didn’t disappoint, stacking off on several occasions.

While noting that there was no $2/5 cash game being spread at the casino that night, Owen points out that it was obvious the money didn’t mean much to a high-rolling gambler.

“Dan clearly doesn’t care about a few hundred dollars,” Owen said on his vlog episode. “He’s just there to have fun with his friends. Don’t know much about how he plays, other than he’s a pretty wild guy and tends to bluff a lot.”

It doesn’t take long before we see proof of that.

In an early hand, Owen makes a $20 turn bet into a $48 pot while holding 7♣5♣ on a 6♣3♠2♦5♦ board. Bilzerian shoves  all in for $150, and Owen remarks that while he’d probably fold his hand to most players, he feels compelled to call against the millionaire.

His instincts prove correct, as the Instagram King turns over the 7♥2♠ for bottom pair. Bilzerian bricks the river, losing a $300 pot with the worst hand in poker.

The former playboy then goes on to stack off on a few more occasions, including to his girlfriend Sophia with a 4-3 offsuit.

Despite largely stepping back from the social media spotlight, Bilzerian has still managed to find time to feud with poker celebrity and three-time WSOP bracelet winner Doug Polk.

The two social media provocateurs got into a Twitter-feud when Polk openly question Bilzerian’s claims that the bulk of his net worth came from playing poker.  Several bets were proposed in an attempt to settle the dispute, but ultimately, nothing came of it.

Despite his playing low stakes these days, Bilzerian claims to have participated in some of the biggest poker games in the world. The 37-year-old contends that he once won $12.8 million over three poker sessions, although as Polk pointed out, none of his poker wins have been proven.

Yeah, nothing shady about the whole Biltzerian crazy riches dude. All the money made from being a poker pro but nobody ever heard of him. And like a real pro, he plays 7 2 offsuit and loses like a donk. Yes, he was playing for fun here, but when he challenged to play serious and to compete in higher level he hides. I can’t see Ivey or Negreanu being a pro that nobody knows them and deny competing to prove that they are pros.

Bilzerian, I’m your fan, I always followed you on social networks, I like your videos, I admire your lifestyle, I hope one day to have the opportunity to participate in a big poker event and meet you there and have the immense satisfaction of playing in his hand as a greeting. Not yours if you are religious more I ask that God bless you prosperously with many blessings of happiness. And I hope one day to have 1/3 of your fortune, hehehehe, I would have been very satisfied.