Perhaps Hell has frozen over, and watch out for flying pigs, because Dan Bilzerian, the 36-year-old Instagram King and playboy, has a steady girlfriend. The poker player and gun aficionado announced in an interview with British lifestyle publication Square Mile that he’s found just one woman to settle down with, although his legions of social media followers may be scoffing, based on his prior track record. 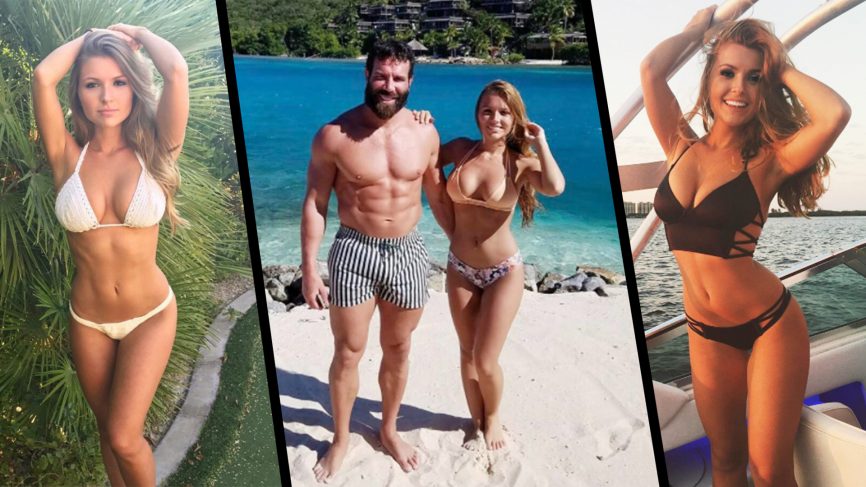 Has He Fallen Hard?

At least he’s stayed true to form here: the woman in question is blonde, buxom, and barely legal. Sofia Bevarly, a 21-year-old model who’s appeared in numerous photos on Bilzerian’s Instagram account, mostly seems to model swimwear or less, and probably won’t be on the cover of Vogue anytime soon.

It wasn’t a love-at-first-sight meeting between the new couple. But you can’t fault the romance here, as Bilzerian himself tells it. After sleeping with three women earlier in the day, he went to a pool party, presumably looking for more of the same. But Bevarly grabbed his heart the way he typically grabs women’s derrieres on his social media pages.

“We just started hanging out. She’s a little different, you know? She’s smart, she’s cool, and she likes a lot of the sh*t I like. So here we are,” Bilzerian explained in the Square Mile interview.

And where does a multimillionaire take a beautiful woman on a date? On a private jet to Sir Richard Branson’s Necker Island in the British Virgin Islands, of course.

Bilzerian went on to say that he’s never really had a true girlfriend before, just bevies of one-night stands. The only kind-of, sort-of girlfriend he had before now, the high-stakes poker player claims he continued to bed other women the whole time he was seeing her.

Bilzerian has 22.6 million Instagram fans, who mostly only dream of having his lifestyle. He’s reportedly worth more than $100 million, owns hundreds of guns, parties with celebrities, and plays in high-stakes poker games. And of course, bikini-clad damsels are always close at hand.

But his life hasn’t always been glitz and glamour. In fact, Bilzerian is lucky to be alive. Years ago, he had a double heart attack and pulmonary embolism. And some of his lifestyle choices (fill in your own blanks here) might not be the best where coronary health is concerned.

He’s also been a controversial figure in the poker world. Although he claims to have won upwards of $50 million playing poker, not everyone believes him. Pros such as Doug Polk have questioned if he inherited his wealth from his hedge fund manager father, and simply spreads it around at the poker tables.

He doesn’t play many tournaments and his only recorded cash was a 180th-place finish in the 2009 WSOP Main Event. But he has played in many high-stakes cash games and is an avid gambler and prop bettor. In 2016, he successfully bicycled from Las Vegas to Los Angeles, winning $600,000 in a prop bet from fellow poker player and businessman Bill Perkins.

Now that Dan has shocked the world and announced he’s a one-woman man, we’ll wait and see how long that lasts. Over/under: two months.

But we’ve always been optimistic.