Dan Bilzerian may have taken some heat following the recent shooting in Las Vegas, but the latest release of video footage from that fateful Sunday night is providing him some additional cover from the criticisms leveled against him. 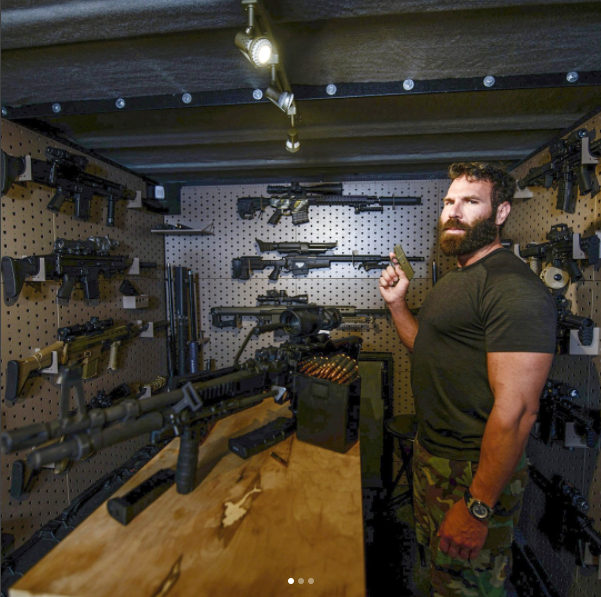 Dan Bilzerian says he is a commissioned reserve police officer, which is why he returned to the scene of the shooting requesting Las Vegas Metro officers lend him a gun so he could help. (Image: Instagram/@danbilzerian)

When Stephen Paddock opened fire on 22,000 concertgoers from the 32nd floor of the Mandalay Bay in Las Vegas, many of those running for cover used their phones to capture the action. Bilzerian was among those who posted a video commentary of his escape, which alerted the wider world to what sounded like automatic gunfire raining down on the crowd.

In the days following his Instagram post, Bilzerian’s own supporters began to call him out for running instead of helping, and for filming the whole thing. Some of his harshest criticism came from decorated US marine Dakota Meyer, son-in-law to former vice presidential candidate Sarah Palin.

The Afghanistan vet chastised Bilzerian, who was wearing camouflage shorts and a black cowboy hat, for fleeing the scene while portraying himself as a military figure on social media.

“@danbilzerian this is what kills me about people like you. Always playing ‘operator dress up’ and so so tough when the cameras are on,” Meyer tweeted.

The self-described Instagram King responded the next day, calling the Medal of Honor winner a “retard” who inaccurately portrayed what really happened based on conclusions drawn from the brief snippet he broadcast live.

Bilzerian released another video showing, as he describes it, “what really happened” in nearly six minutes of footage taken on one of his friends’ phones and posted on Oct. 6. In it, Bilzerian can be seen helping an injured woman before pleading with a Las Vegas police officer to give him a gun so he could help. The police officer shooed him away.

Bilzerian wrote when sharing the video, “I’m a sworn commissioned reserve police officer, I wouldn’t normally tell you that, but I think it’s important you know that for the context of this video. I am not a medic or a hero in anyway, my instinct when someone is shooting at me is to get a gun and shoot back.”

Prior to posting the video, Bilzerian spoke to The Hill and explained that he wanted to help and even returned to the scene later that night in a bid to save a police chief’s daughter. Despite the evidence suggesting he wasn’t simply trying to save himself, Bilzerian has still angered Meyer for allegedly divulging his wife’s phone number publicly.

In an Instagram video posted on Oct. 8, Meyer warned Bilzerian not to drag his family into their argument before challenging him to a fist fight.

Here @danbilzerian I'm done with your petty games. Don't ever drag my family into anything. I'm waiting

Police meanwhile have had no comment on the potential for a fight between the two as they continue investigating the worst mass shooting in modern US history.

stop acting like little kids. Okay, Dakota, you made your point. Stop your antagonistic attitude and behave like a war hero instead of kneeling down to the coward’s level. We get it! You are beginning to sound like Trump! Ohhh, that’s it!