Dan Bilzerian and Lance Armstrong Get Serious with Training for $1.2 Million Prop Bet

Dan Bilzerian is racing towards the deadline for his $1.2 million bicycle bet with Bill Perkins and in the last week, he’s really ramped up his training regime. 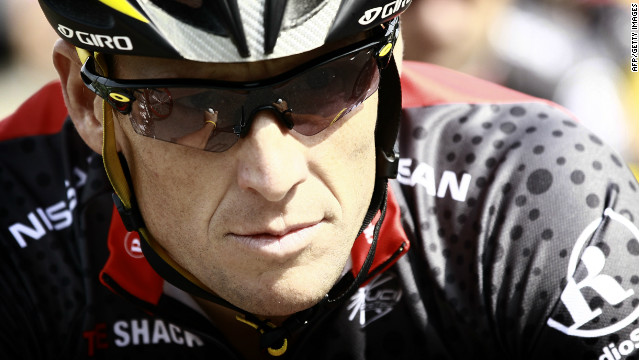 With half the poker world doubting he’ll make it, and the other half willing him to fail, Bilzerian has enlisted the help of a cycling legend in a bid to boost his chances of riding from his home in LA to Las Vegas in just 48 hours.

According to the terms of the best, Bilzerian will have to cycle 320 miles to complete the challenge and, if he can pull it off before March 31, he’ll win $600,000 from Perkins.

Despite having very little experience on a bicycle (he claimed to have not been on one for 18 years), Bilzerian certainly looked the part on February 29 when he posted a picture of himself in a Lycra suit on a professional racing bike.

Of course, walking the walk is different from talking the talk, so Bilzerian gladly accepted the offer of help from the former Tour de France champion Lance Armstrong, who was famously stripped of all seven of his titles after a doping controversy.

After reaching out to Bilzerian via Twitter, Armstrong flew into LA late last week to meet with the millionaire poker player for the first time. The pair had already exchanged a number of messages before they met, with Armstrong offering some sage advice on Bilzerian’s eating habits ahead of the bet.

Following this unsugar-coated reminder, Bilzerian completed a four-hour ride on March 7, but instantly regretted it after he was forced to take an ice bath to recover.

“Sitting in miserable ice bath, dick is tiny,” he explained to his Twitter followers. And thanks for sharing that info, Dan.

Apparently unfazed, and with the deadline for the bet creeping ever closer, Bilzerian took his training to the next level this week by hitting the road with Armstrong himself. Showing their first meeting in a mini-montage video posted on Twitter, the two cyclists can be seen swapping stories, shooting guns, and putting in some hours on the open road.

Well, Someone Did It, Anyway

While we all may be sceptical on the social media superstar’s chances if really doing this, another poker player, younger and probably in better shape, has at least shown that it is technically possible, albeit in a slightly longer timeframe.

Hottie poker player Samantha Abernathy completed the 320-mile journey last night after being offered $10,000 to do so by Bilzerian, but not in 48 hours.

Charting her progress on Twitter, Abernathy stated that she had to endure a “giant storm” during the early part of the ride on Friday, but still managed to complete it within the 72-hour allotted timeframe.

I wonder if Lance will show him how to blood dope, lol. Personally, I am not a fan of Dan Bilzerian and I hope he loses this bet.

Exactly my thoughts MrPink. I will be curious to see who wins this one.