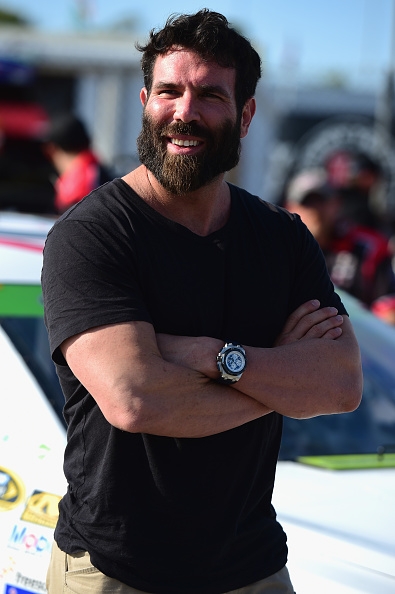 Dan Bilzerian says he in for an L.A. to Vegas bike ride prop bet, but will disgraced pro Lance Armstrong be joining in? (Image: enstarz.com)

Dan Bilzerian, the part-time poker player with more than a few million in the bank, hit the headlines last week after a crazy prop bet between the Instagram King and hedge fund manager/venture capitalist Bill Perkins.

The bet is for $1.2 million, and says that Bilzerian has to complete a cycling circuit from L.A. to Las Vegas, with a few stipulations and caveats.

Perkins is a fellow poker aficionado whose total live tournament winnings exceed $2.5 million, with most of that coming from his third place finish in the 2013 Big One for One Drop at the World Series of Poker.

Bilzerian, of course, is known for his willingness to both accept and offer prop bets, and after mentioning a recent cycling bet he offered poker pro and hottie Samantha Abernathy ($10,000 to complete the same ride in 72 hours) with Perkins, the new, and much richer, bet was on.

With Bilzerian and Perkins boasting big enough bankrolls to push the bet further than the $10,000 mark, the pair eventually agreed to stake $600,000 each and use the following conditions:

Despite Bilzerian asserting that the distance is just 270 miles, Perkins has assured him that if he follows the cycle route suggested by Google Maps, the distance from his Southern California pad to the famous “Welcome to Las Vegas” sign just as you enter Sin City will be more like 320 miles.

And for anyone who’s ever driven the I-15 from California into Nevada, you’ll get hot and tired just thinking about the hills and dales Bilzerian is contemplating taking on with nothing but bike pedals, hitting peaks of more than 4,200 feet at the highest points.

Even if he avoids the freeway per se, the landscape is the landscape and would be crushing for a pro, let alone someone whose derriere hasn’t seen a bicycle seat in nearly two decades.

Regardless of the distance, terrain, or the fact that he hasn’t ridden a bike for the past 18 years, the world’s most confident playboy doesn’t appear to be worried. And naturally, some Hollywood celebs who got wind of the bet are now having some fun at Dan’s expense.

“Hey brother, Lance Armstrong says he wants to help you get ready for this bike wager you’ve got going on. Want me to give you his number?” tweeted Rogan to Dan.

Armstrong, you may recall, took down the Tour de France for seven consecutive years, between 1999 and 2005, only to be stripped off those wins in 2012 when doping allegations that had followed him for years went unappealed by the cyclist.

With those memories on everyone’s minds, human growth hormone, EPO (a drug that increases red blood cell count and, therefore, oxygen transportation) and insulin were all put forward as ways Armstrong could help. Bilzerian, who we’re sure has never sullied his body with anything so potent, didn’t say a word about anything drug-related.

Perkins offered the cycling legend a more stringent bet for less money: he bet Lance that he couldn’t complete the route in 15 hours, with a mere $200,000 wager payday.

As far as we know, Armstrong hasn’t gotten back to Perkins yet. Maybe he knows better than Bilzerian what a crushing route that ride really is.

Bilzerian, who we’re sure has never sullied his body with anything so potent,looool