Daily Fantasy Sports Legalized in Maine, No Thanks to the Governor

Maine became the 15th state to legalize daily fantasy sports, and the fourth this summer, joining fellow New England states Vermont and New Hampshire, along with nearby northeastern neighbor Delaware. 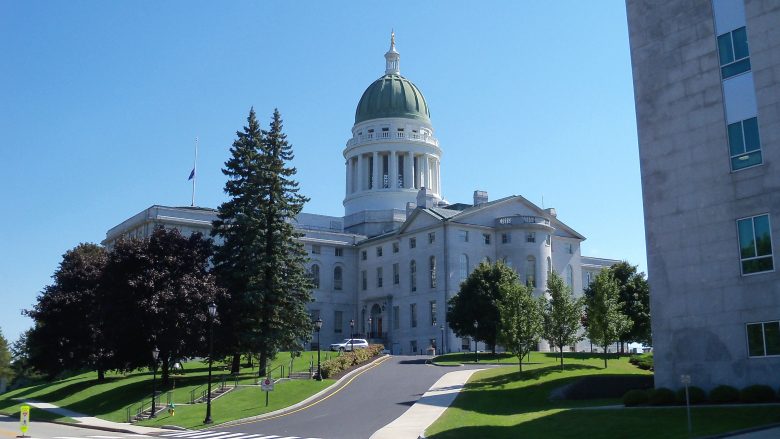 Controversial Republican Gov. Paul LePage did not sign the bill Maine’s legislature sent to his desk, but it still became law by default when he didn’t act by midnight on Wednesday.

The new law is good for DFS operators such as DraftKings and FanDuel, with their multi-billion-dollar businesses no longer having to fight lawmakers in Maine and 14 other states now with explicitly legal DFS in place.

What’s in the Law?

Maine now classifies daily fantasy sports as a game of skill. This distinction is important because it means DFS operators won’t be subject to state gambling laws.

A $2,500 licensing fee will be required for all DFS companies that generate at least $100,000 in revenue. The law also calls for a 10 percent gross revenue tax on DFS operators that meet the revenue threshold.

Because DFS in Maine is now officially not gambling, players need to be only 18 or older to compete. (The state gambling age is 21.) That means more potential customers for a state with a total population of only 1.33 million.

It is only legal, however, for DFS sites to offer contests on professional sporting events. College football and basketball, and other amateur sporting events, are excluded from as possible DFS options.

Delaware recently passed a similar law, but with some harsher regulations. DFS operators there are subject to a $50,000 licensing fee, and a 15.5 percent tax on gross revenue. Its population is only about 950,000.

Delaware, Maine, and a few other northeastern states are on board with daily fantasy sports. But Massachusetts may not be joining them.

Residents there currently have access to DraftKings and FanDuel contests, but a panel in the legislature’s Special Commission on Online Gaming, Fantasy Sports Gaming, and Daily Fantasy Sports voted 5-3 on Monday to recommend DFS games be classified as a form of gambling, instead of as skill-based competitions.

The vote was a major blow to DFS giant FanDuel, which is headquartered in Boston.