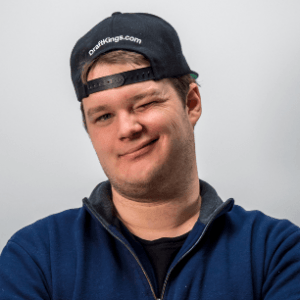 The daily fantasy sports industry appears to be headed towards its own Black Friday. (Image: AP photo)

Daily fantasy sports isn’t all fun and games according to many US lawmakers. Similar to poker, DFS is a game of skill that involves a gambling aspect.

DFS sites such as DraftKings and FanDuel, two multi-billion dollar businesses, snuck through the cracks of legislation because fantasy sports has never been seen as gambling and local casinos don’t offer daily fantasy sports games.

After a recent scandal involving a DraftKings employee that allegedly used insider information to win a contest on FanDuel, lawmakers began taking notice of the industry’s practices.

This led to questions concerning the legality of daily fantasy sports. Are the contests gambling or a game of skill?

Experts will also tell you that poker is a game of skill, but that hasn’t stopped most US state governments from allowing poker sites to operate legally.

In April 2011, the US government dropped the hammer on popular poker sites such as PokerStars, Full Tilt Poker, and Ultimate Bet from operating in the country.

Referred to as “Black Friday”, the crackdown changed online poker in the US for the worse. The DFS industry could be nearing its own Black Friday.

The first major state to ban daily fantasy sports was Nevada. The Silver State is considered the gambling capital of the country and also the only place where sports betting is legal.

Nevada’s casino operators such as MGM Resorts International and Caesars Entertainment, as most Nevadans will tell you, have a major influence on state politicians.

Initially, online DFS games were legal in the state because land-based casinos only offer traditional sports betting, not fantasy sports games. But as soon as lawmakers began to see the potential threat DFS sites pose to local casinos, an immediate ban was placed.

Once Nevada dropped the hammer on the DFS industry, other states hopped on the bandwagon, and more will certainly join in.

Currently, Georgia’s Attorney General Sam Olens is taking a look at the DFS industry to determine whether or not it is a form of illegal gambling.

This comes on the heels of New York’s recent cease and desist order slapped on FanDuel and DraftKings.

Why Poker Gets Picked On

Online poker has never received much support from US politicians. Many poker players don’t understand why daily fantasy sports sites have been able to operate without regulation in the US while online poker sites haven’t.

The answer is simple:  fantasy sports games aren’t offered at local casinos around the country and fantasy sports has never been considered a form of gambling. It’s traditionally been a game in which friends get together to compete in a friendly game of skill.

Poker, although clearly a game of skill, isn’t considered a game of skill by many that don’t play. Plus, since poker is offered in many land-based casinos, online poker is seen as a threat to those businesses that line the pockets of powerful politicians (see:  Adelson, Sheldon).

Daily fantasy sports is every bit as much a form of gambling as poker is, and politicians are now starting to see that. It’s only a matter of time before a Black Friday brings the industry to a screeching halt.

I think the other big difference is that fantasy sports has a large and powerful lobby (the major sporting leagues) arguing FOR its existence – which is the reason an exemption was carved out for it in the legislation in the first place.

Oh I agree with the above. It is going to come down to who has the most lobbying money, the casinos or the NFL and I think the NFL with help from the NBA (who already wants legal sports betting) will win out. The NFL has a lot of pull and what the NFL wants it generally gets. There is just to much money involved. Ratings have to up with more DFS players watching the games, and with Comcast owning part of FanDuel this is actually going to be fun to watch play out. In the end I thnk the DFS sites will win but only because they have the NFL and TV on their side.