PokerStars’ decision to slash the price of its Sunday Million by 50 percent has proved popular with players following an opening day of action. 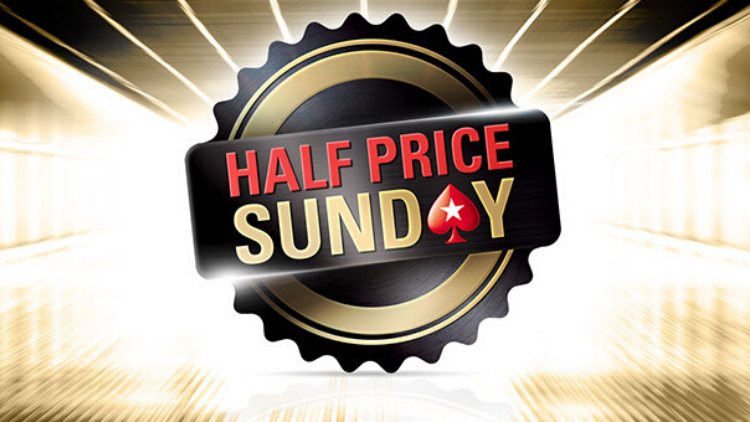 Offering players an early Christmas present by reducing the buy-in from $109 to $54.50, the online operator attracted 33,317 entries. Of those buy-ins, 23,793 unique players entered the tournament, while 9,524 of those competitors re-entered to push the total number of entrants beyond the 33,000 mark.

When registration closed, the 5,336 players who made it to the money were fighting for a share of $1,665,850. That’s the highest Sunday Million prize pool of the year (excluding special editions), and enough to give the winner a $164,892 payday.

In addition to tweaking the buy-in, PokerStars also made the cut-price event a two-day affair. After 36 levels on Sunday, Dec. 15, just 221 players were left.

Leading the way with just over 7 million chips was SprinnrDinnr. The Dutch grinder is comfortably ahead of Canada’s 102040 (4.8 million chips), and looks on course to make it deep when the tournament concludes on Monday, Dec. 16.

When it launched in 2006, PokerStars Sunday Million was the biggest online MTT in the industry. With a $1 million guaranteed prize pool, it quickly became the go-to event for pros and aspiring pros. As the industry evolved, new events emerged, and PokerStars has had to devise new ways to attract more casual players to the Sunday Million.

Although overlays never became common in the Sunday Million, the buy-in was halved to suit the new dynamics. Making the entry fee more accessible reinvigorated the weekly MTT, something that’s been important for PokerStars in its ongoing battle with Partypoker.

With Party making a splash with its annual Millions Online event, Stars has put stock in ongoing value. That, combined with the recent half-price offer, has generated one of the largest Sunday Million prize pools in recent years.

For those asking, executives at PokerStars HQ haven’t said whether the $54.50 buy-in would return. However, given the level of interest time around, there does appear to be a market for a cut-price Sunday Million.

This is good move from Pokerstars. Definitely worth to participate in such tournaments with reduced buy-ins. I wish Christmas was more often during the year lol

Great marketing move from PokerStars and great pitch. Looking back at the entrance to this tournament $ 215, after a while $ 109 is now $ 54.50, I won’t be surprised if this price becomes constant. You can see the pattern. PokerStars in order to attract people on Sunday, millions have to lower the buy-in, and they perfectly disguise it as Promotions, it is not in vain that the makretologist receives a salary.