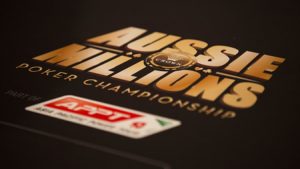 Aussie Millions has become a major event over the years and will now go solo. (Image: AP photo)

The recent announcement by PokerStars that they will consolidate their various poker tours into two entities, PokerStars Championship and PokerStars Festival events, rocked the poker world, and now the ripples are being felt.

In an unexpected announcement, Crown Melbourne revealed that they will no longer work in tandem with the online poker giant when it comes to partnering for live events.

The separation doesn’t appear to be contentious as the Crown Management team thanked the APPT for their support over the years. They also revealed that all PokerStars satellite wins would be honored for the 2017 Aussie Millions, which will hold 16 official championship events from January 11-30.

The Aussie Millions, which held its first event back in 1998, has grown into the Southern Hemisphere’s premiere poker event. In late 2013, the event did away with their Betfair branding and instead agreed to a partnership deal that saw the event become a part of PokerStars’ APPT.

Attendance On The Rise

In the first year of the partnership, the field grew from 629 players to 668, which is when Canada’s Ami Barer defeated Sorel Mizzi to win the title for $1.6 million AUD.

Attendance actually decreased the next year when local hero Manny Stavropoulos topped a field of 648 to win $1,385,500 AUD. However, things rebounded in a big way last year when satellite winners helped the field grow to 732 players, the largest turnout since 2010. Ari Engel defeated Tony Dunst to win that event back in January for $1.6 million AUD.

The PokerStars/Crown partnership will come to an end in October with the completion of the APPT Melbourne, a 13-day poker festival featuring 14 events.