Brasil Poker Live’s WPT Argentina at Casino Iguaźu wrapped up its five-event schedule this week. In the Main Event, an up-and-coming Argentinean showed off his poker chops, while in the High Roller an establish veteran showed why he’s one of his country’s best. 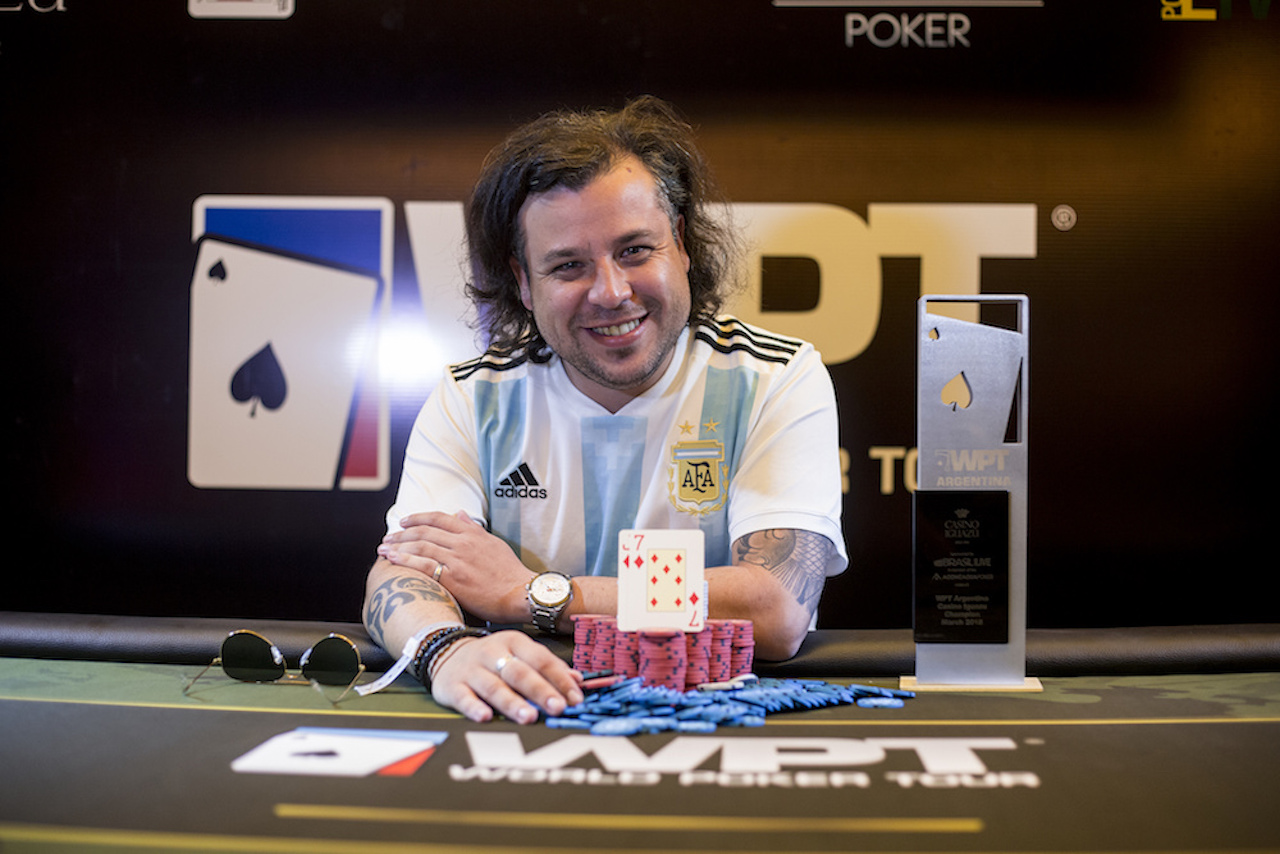 Prior to winning the WPT Argentina Main Event, the biggest score of Cristian Vilches’ career was $56,094 for finishing runner-up in the 2016 Circuito Argentino de Poker Main Event. (Image: WPT DeepStacks)

When the final table rolled around, Cristian Vilches sat third in chips among the final eight players. He eventually made it to heads-up play against Oscar Ferreyra, who began the final table as the chip leader.

In the final hand of the tournament, Ferreyra got his shorter stack in with the A♦6♠ and was looking to hold against the J♦7♦ of Vilches. He did so on both the 2♣K♥9♦ flop and Q♠ turn, but then the 7♥ spiked on the river to give Vilches a winning pair. Ferreyra had to settle for second place and a $56,675 consolation prize. 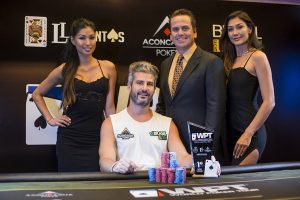 The title came down to Argentina pro Jose “Nacho” Barbero, formerly of PokerStars and now representing Aconcagua Poker, and Brazil’s Ivonir Bento. The two opted to strike a deal that saw the Brazilian take home $45K and Barbero $50,708 and the title.

The win brought Barbero’s lifetime earnings up to $3,704,003, which keeps him in second place on Argentina’s all-time poker money list, behind Ivan Luca.

Also cashing the WPT Argentina High Roller in third place for $24,725 was Argentina’s Andres Korn, a 2017 World Series of Poker bracelet winner and the inaugural WPT National Thailand Main Event champ. He also finished 23rd in the Main Event for $3,290. The only other player to cash both the High Roller and Main Event was Rogerio Siqueira, who finished fifth in the former for $15,065 and 33rd in the latter for $2,495.

yeah! the final hand, ACE, even if empty. but eyes burn, you fool, say. guy shoved and lost. most likely it happened because the players could get tired. so he decided to touch the butt of fortune.she was tough. but would still both tore off enormous jackpot. congratulations to the champion.

The win was the largest of Vilches’ career. Other highlights on his poker résumé include runner-up in the 2016 Circuito Argentino de Poker Main Event for $56,094, eighth in the 2017 WSOP International Circuit Argentina for $14,530, and 16th in the 2017 BSOP Foz do Iguacu High Roller for $4,107.
Congratulations Pibe.