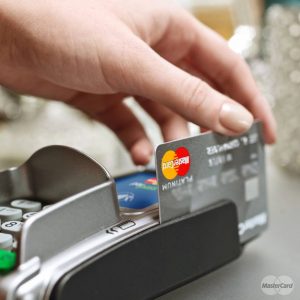 MasterCard is one of the few credit cards that has a good acceptance rate with New Jersey online casinos. (Image: fbcdn.net)

For a little under six months, New Jersey has been involved in a grueling process with online gaming. November 2013’s launch was supposed to signify a turning point for the market in North America. It was also supposed to be a good source of tax revenue for the state. Unfortunately, gaming sites were riddled with problems at launch.

Geolocation and technical issues often hindered players from fully accessing sites. But one of the biggest problems was with payment processing. Players wanting to fund their accounts or perform any gambling transaction often found their credit cards weren’t accepted. With these issues still at large, one company is providing more insight into how many players are affected in New Jersey.

CAMS LLC, a company involved with routing and processing gambling transactions, is reporting that credit cards are being accepted less than half the time. In a report to the Associated Press, CAMS revealed that the acceptance rate for New Jersey players’ credit cards is between 42 and 46 percent.

The company receives payments from the Borgata Hotel Casino and Spa–which holds the largest share of New Jersey’s online market–along with the Trump Taj Mahal Casino Resort and Trump Plaza Hotel and Casino. CAMS then routes these payments to various financial institutions.

New Jersey, Nevada and Delaware are currently the only US states to have regulated online gaming. As a result, the sites operating in these states are within the legal limits to do so. However, that doesn’t always make a difference to credit card companies. American Express and Discover don’t do business with what they consider to be high-risk industries like gambling, and therefore won’t allow their cards to be used on them, even when the transactions are legal.

According to Flaherty, the Division of Gaming Enforcement “continues to work directly with financial institutions, banks and credit card companies and relevant regulators and authorities with respect to the legality of online gaming where authorized as in New Jersey, as well as regarding the appropriateness of payment processing for legalized online gaming.”

The possibility exists that New Jersey lawmakers can work out an agreement with financial institutions in the same way they licensed casinos. But as credit card acceptance continues to be a problem, players do have a number of alternative payment solutions open to them.

Recently, both Caesars Interactive Entertainment and Borgata partnered up with Optimal Payments to bring the Neteller and Net+ Card payment solutions to their New Jersey sites. The services allow for the transfer of funds in an efficient manner. Automated clearing house transfers, cash voucher systems and other e-wallet solutions such as Skrill are other methods players can use. Katz says that players whose credit cards weren’t accepted have found more success in automated clearing house transfers.