If there’s anything that poker players love almost as much as hold’em, it’s a really crazy prop bet. And this year, the bets were bigger, crazier, and in some cases, almost unbelievable. 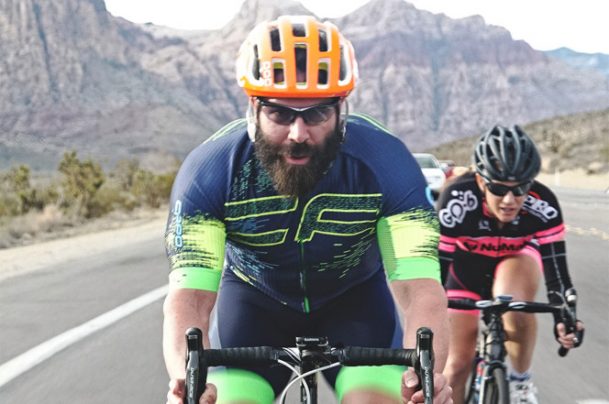 Playboy Dan Bilzerian confounded the skeptics by cycling from Las Vegas to the Hollywood Hills in just 33 hours, winning $600,000 in the process. (Image: Gene Freeman/NYPost)

The year 2016 was barely out of its diapers before the news arrived that Antonio Esfandiari was live streaming from the PCA. Esfandiari had been disqualified from the event for urinating into a bottle, under the table, during play, a situation that pretty much everyone described as just gross.

Had the Magician lost his mind, or was this a conjuring trick gone horribly wrong?

The answer, as we might have guessed, was that there was a prop bet involved. Bill Perkins had bet Esfandiari that he couldn’t “lunge” for 48-hours as his sole means of transportation. This involved lurching from standing position onto one knee, then back up to standing position and down onto the other knee, and it was proving to be more difficult than our hero had expected.

“My legs are on fire,” Antonio told PokerNews shortly before the PeeGate incident occurred.

“What I didn’t realize is that, after all the lunges it took to get here, my legs would feel like putty,” he said later. “I literally couldn’t move. I wasn’t prepared to lose the bet, so I did what I had to do.”

Natural gas tycoon Perkins seemed to be at the epicenter of most prop bets this year, including the most-publicized by far: the Dan Bilzerian cycling bet.

Perkins bet Bilzerian that he couldn’t cycle from Las Vegas to the Hollywood Hills in 48-hours. There was a $600,000 bet on the line, and everyone’s favorite poker-playing, gun-toting, babe-tickling, porn-star-tossing, federally-owned-land-exploding bad-boy hedge-fund trustafarian, Bilzerian, simply couldn’t refuse.

Bilzerian, having shaved his hairy gorilla legs into a pair of smooth, pink, aerodynamic piston rods, got some expert tutelage from disgraced cycling champion Lance Armstrong, and amazingly, completed the grueling ordeal in just 33 hours. Not bad for a man who had suffered two heart attacks before the age of 32.

The World Series of Poker (WSOP) is a fertile breeding ground for all kinds of prop bets, and bracelet bets in particular. But one, between Vanessa Selbt and Jason Mercier, had social media in a spin this year.

Selbst claims to have been “blackout” drunk at the PCA when she laid Mercier 180-1 at $10,000 to win three bracelets at the WSOP. She was also apparently pretty steaming two nights previously when she offered Dimitry Urbanovich 200-1 at the same stake to achieve the same feat.

Fast forward to the summer, and by the time Mercier had won two bracelets and finished second in one event, the prospect of a $1.8 million payday suddenly seemed very real, and Selbst tried to buy her way out of the bet.

Mercier wasn’t impressed and claimed Selbst hadn’t been as drunk as she claimed when the bet had been agreed. Nevertheless, he failed to bag a third bracelet and Selbst breathed a sigh of relief.

And finally, not so much a prop bet as a “propped-up bettor,” is the unsettling story of Henry Rosario Martinez, a Puerto Rican native and recently deceased poker fan. In order to give him the send-off they believed he would have wanted, family and friends had Martinez’s body embalmed so he could be propped up at the poker table and “enjoy” one more game, before he bagged up his chips and headed to that great poker tournament in the sky.

So many puns spring to mind here, but we will refrain from most of them out of respect for the deceased, who, to his credit, took less time to act per hand than William Kassouf.