As concern over the coronavirus disease grows, so do fears on how a pandemic could affect global events, including the World Series of Poker in Las Vegas. 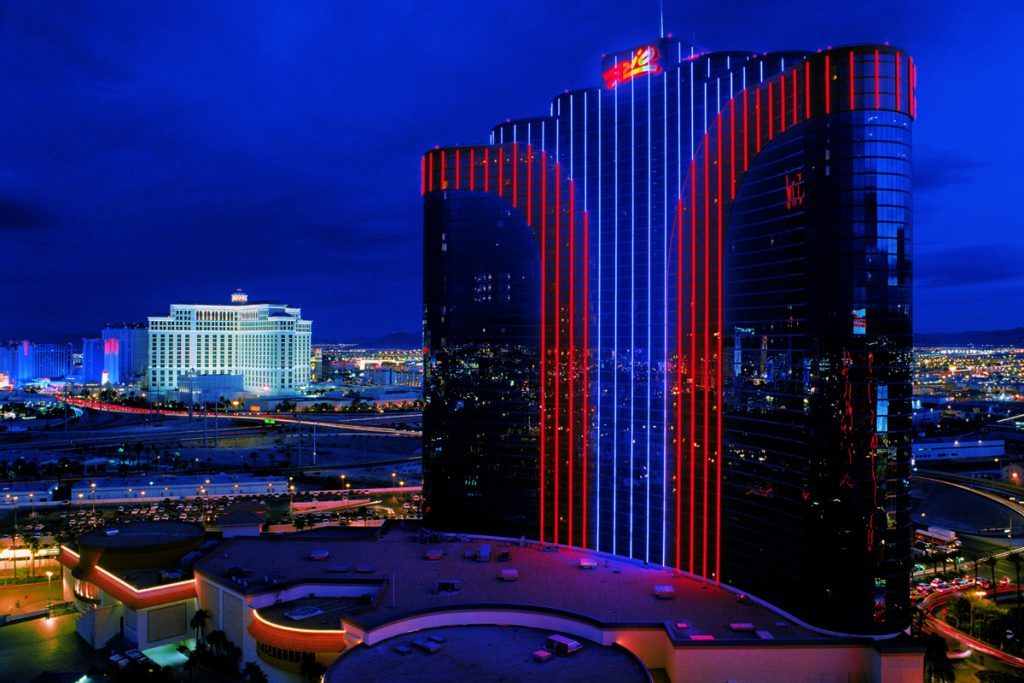 The WSOP is scheduled to start at the Rio on May 26, but the spread of the coronavirus has put the status of many similar events into question. (Image: Rio All-Suites Hotel & Casino)

The WSOP is scheduled to start May 26 at the Rio All-Suites Hotel and Casino, and poker players are growing concerned about how the coronavirus could impact their summer travel plans. There’s also discussion about whether or not the 51st running of the world’s most prestigious series of poker tournaments could be canceled.

WSOP officials have been “monitoring the situation and will continue to lean on the experts in this field for guidance,” Caesars Vice President of Communications Seth Palansky told CardsChat. “At this time, all our events and schedules remain intact and are planned to go on without interruption.”

The WSOP is a big draw from across the globe. Last year, more than 50,000 players from 87 countries participated in the nearly two-month festival, making it truly a world series. But that also makes it a perceived threat for players gathering by the thousands to pass around chips, cards, and any number of germs in the incubator known as the Rio Convention Center.

Palansky said that hand sanitizers will be plentiful throughout the facility, as they have been in the past, “We would be prepared to expand measures to ensure the safety of our guests and employees, again leaning on the experts.”

With the epicenter of the outbreak centered in China, the coronavirus already has caused the cancelation or postponement of sporting events and poker tournaments across Asia.

The Triton High Roller Series was forced to cancel its 12-tournament Jeju event, which was supposed to take place in South Korea earlier this month. The World Poker Tour canceled this season’s WPT Vietnam, scheduled for March 13-22, and has delayed the inaugural running of WPT Taiwan until May.

Casinos in Macau shut down completely for two weeks in an effort to contain the outbreak, and only re-opened last week with patrons and employees all required to wear masks at the tables.

Even the Olympics are not immune. The International Olympic Committee is talking seriously about the prospects of having to cancel the 2020 Summer Games in Tokyo, scheduled to start July 24. An IOC member said earlier this week that they had until May to make a final decision. The Olympics have never been called off in history for any reason other than war.

As of Thursday, more than 2,800 of the nearly 83,000 people who have contracted the disease have died, the majority of them in China. Overall, people have been infected in 47 countries, including in the United States.

“This virus has pandemic potential,” World Health Organization Director General Tedros Adhanom Ghebreyesus told the New York Times on Thursday. “We are actually in a very delicate situation in which the outbreak can go in any direction based on how we handle it.”

Seeing the cancellation of other sporting events and the real possibility the Olympics may not happen, poker players have taken to social media to express their concern the WSOP won’t take place either, and perhaps for some, that it will.

Poker provocateur Doug Polk tweeted Wednesday that he thinks “there is a real chance of WSOP being canceled. There are just so many countries that fly in and with severe travel restrictions it might not be realistic.”

Looking for more action, I want 20:1 that all Live Las Vegas WSOP events will be canceled this year.

That prompted a response from Twitter user joeboo: “Imagine [Caesars] canceling anything that makes money.”

The official WSOP Twitter account tweeted Thursday that the event would start in three months, which sparked some doubts from others. One posted a GIF of a woman putting on a surgical mask, which prompted Michael Knight to tweet: “How many people will not come because of pandemic fear?”

The Rio has dealt with infectious outbreaks of airborne disease in the past, albeit on a more manageable scale.

In 2017, the host casino of the WSOP suffered an outbreak of Legionnaires’ disease, with the bacteria that causes it found in the water system in one of the hotel towers. The Southern Nevada Health District said that two cases of the disease in March and April that year were traced back to stays at the Rio.

The health district found the bacteria in the water, and hotel officials ordered remediation that consisted of flushing the pipes with high-temperature water and chlorine. 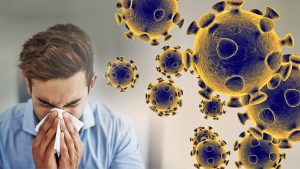 The spread of the coronavirus has nations on high alert. The CDC says to sneeze or cough into a tissue rather than your hands or arm to help avoid spreading the germs. (Image: FDA)

How to Protect Yourself (and Others) from Coronavirus

The coronavirus is similar to Legionnaires in that it can take a week or more for the disease to manifest, which makes it easier to spread due to the immediate lack of symptoms.

The U.S. Centers for Disease Control and Prevention said the coronavirus, also known as COVID-19, is thought to spread mainly from person to person who are in close contact with one another via respiratory droplets produced by coughs and sneezes.

“It may be possible that a person can get COVID-19 by touching a surface or object that has the virus on it and then touching their own mouth, nose, or possibly their eyes, but this is not thought to be the main way the virus spreads,” the CDC states on its informational page on the disease.

Tournament venues like the WSOP stand the possibility of being a petri dish for such a disease with so many people in close contact with one another each handling the same poker chips.

The Southern Nevada Health District didn’t immediately respond to CardsChat’s request to comment on the amount of germs likely to be contained on a poker chip, but the CDC offers advice to people on how to avoid contamination. Players should avoid touching their eyes, nose or mouth (especially after touching those aforementioned poker chips) and cover their coughs and sneezes with a tissue.

Every one is fearing this deadly virus , speacially after we ve heard that italy is a vitime of it also . i hope they find a cure to this virus as soon as possible , so that we don t lose more lives and things get back to normal soon .