The House Judiciary Committee briefly planned to hold a hearing on the future of sports betting in the United States next Tuesday, before quickly rescheduling the event hours later. 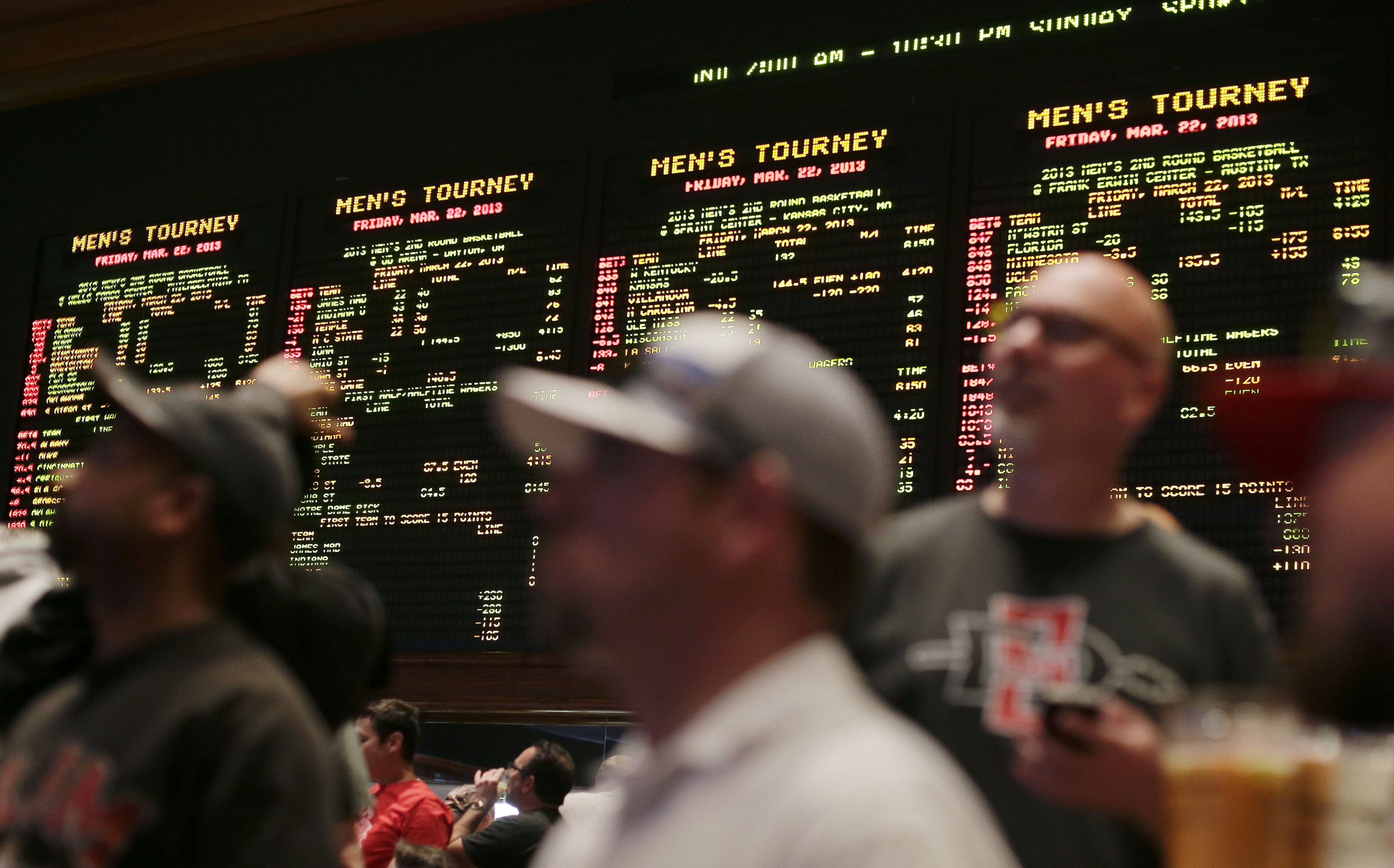 Gamblers examine the odds for NCAA tournament games at the Mirage Race and Sports Book in Las Vegas in 2013. (Image: Julie Jacobson/AP)

According to a source cited by ESPN, the postponement was due to a “scheduling complication in unrelated policy areas.”

The announcement of plans for a congressional discussion of sports betting didn’t come as a surprise. Ever since the Supreme Court issued a ruling that struck down the Professional and Amateur Sports Act (PASPA), there have been questions about what role Congress would take going forward.

While the SCOTUS decision opened the door for individual states to regulate sports betting, it didn’t preclude future federal regulation in the industry.

The title of the planned hearing was to be “Post-PASPA: An Examination of Sports Betting in America.” The hearing would have taken place in the Subcommittee on Crime, Terrorism, Homeland Security and Investigations.

Initially, the discussion was scheduled for June 19. But on Wednesday, it was announced that the hearing wouldn’t happen anytime next week, and no new date has been announced for the event.

According to the ESPN report, the NFL had been among those who were invited to testify at the inquiry. The NFL has taken its own unique stance on sports betting, asking for federal oversight and direction for the industry, but not demanding the integrity fees that have been a major policy goal for the NBA, MLB, and PGA.

“We are asking Congress to enact uniform standards for states that choose to legalize sports betting,” NFL commissioner Roger Goodell said in a statement following the Supreme Court decision. That statement also outlined core principles the NFL wants to see in such standards, including “substantial consumer protections” and the use of official league data by sportsbooks.

If Congress does decide to get involved in the sports betting industry, it seems all but certain that they will look to implement regulatory standards rather than seek to broadly ban the practice once again.

In the days following the SCOTUS ruling, Senator Orrin Hatch (R-UT) – one of the original authors of PASPA – issued a statement that suggested he wanted to take a leading role in creating a national set of rules for the fledgling industry to operate under.

“It will be up to each state to decide whether to legalize sports gambling and how to regulate it,” the statement from Hatch’s office read. “But given that sports betting activity can now be conducted across state lines via the Internet, Senator Hatch believes we need to ensure there are some federal standards in place to ensure that state regulatory frameworks aren’t a race to the bottom.”

An ESPN report cited sources who said that part of Hatch’s plan would be to strengthen the Sports Bribery Act, a 1964 federal law that provides criminal penalties for those who attempt to use bribery to influence sporting contests.

Goodell has already Raped Cities, States & Municipalities for BILLIONS & BILLIONS and now wants a Vig for sportsbook. Rodge you are a Pompous Arrogant Greedy Moron.