Kevin Hart says he can fill a void in Daniel Negreanu’s life. Kid Poker may have six World Series of Poker bracelets and $32 million in live tournament winnings. He’s already in the Hall of Fame and is currently the winningest player in history. 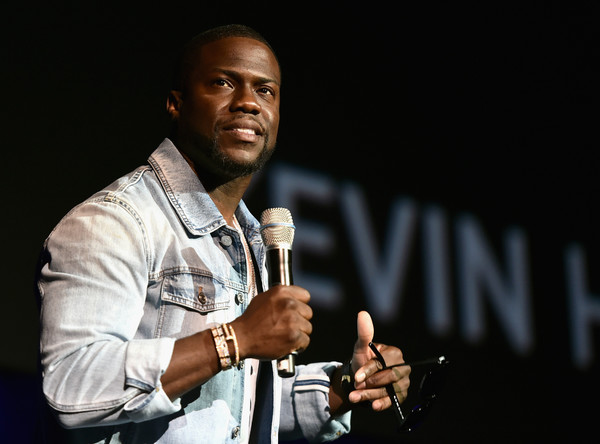 Comedian Kevin Hart plans to bring fun back to the serious world of high-stakes poker, thanks in part to a partnership with PokerStars, he says. (Image: PokerStars)

But what he needs is “a black sidekick,” Hart said while sitting next to Negreanu at a press conference in Monte Carlo last week, where he announced a partnership with PokerStars while also vowing to bring fun back to poker.

Details of Hart’s partnership with PokerStars are unclear. So are his specific plans for making poker fun again. At the very least, he stands to inject a little humor into high stakes table talk, and “make Daniel cooler,” he said.

Love of the Game

As an entertainer, Hart has earned millions of dollars. As a personality, @KevinHart4real on Twitter has 32.6 million followers, which is more than the 28.5 million who follow President @realDonald Trump.

The 37-year old Philadelphia native has an impressive resume away from the felt. His comedy routines have long made millions around the world laugh. He has starred in numerous major motion picture films since 2002, including Get Hard, The 40-Year-Old Virgin, Ride Along, and The Wedding Ringer.

So why does Hart care so much about changing poker?

“I love the game,” he said. “I now have been playing the game to a point where I’m deeply in love with the game.”

Hart recently competed in the PokerStars Monte Carlo Super High Roller. He didn’t fare so well, busting two bullets, but he did make it to Day Two. In January, Hart dropped $300,000 in high roller events at the PokerStars Championship in the Bahamas.

Poker has long been a favorite pastime of the Hollywood set. And Hart is one of many celebrities to have found an alluring thrill at the Texas hold’em tables.

Every year a handful of show-business A-listers show up at the Rio in Las Vegas for the World Series. Friends and comedians Ray Romano and Brad Garrett, for example, make the pilgrimage annually for the Main Event, and sometimes other WSOP tournaments.

Of course, there’s Ben Affleck, who won the 2004 California State Poker Championship. And his good friend, Matt Damon, starred in one of the most iconic poker movies of all-time, Rounders. Both have competed in WSOP events in years past.

Other Hollywood types seen often around the poker world include Jennifer Tilly, who won a bracelet in the 2005 WSOP Ladies Event, and her Family Guy voiceover cohort James Woods, who has appeared in dozens of movies, including 1995’s Casino. Woods shares a strong passion for the game, and admitted last summer that playing in the WSOP was more than just a bucket list item for him.

He badly wants to win a bracelet.