The Colorado Poker Championship at Bally’s in Black Hawk is off to a great start and that’s no surprise to John Padmore, the casino’s poker room manager. 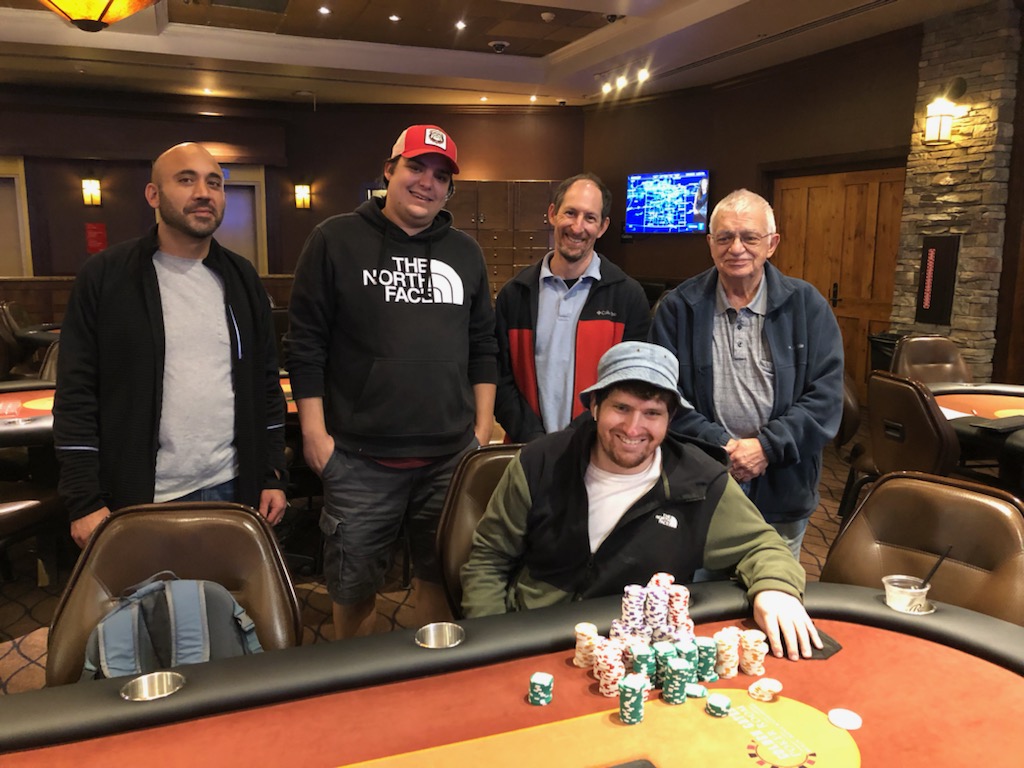 “It”s interesting, we have a really good poker tournament market here in Colorado and it’s a little odd, because we’re like an hour out of Denver in the Mountains. But we get massive turnouts for these tournaments, even for our normal daily tournaments,” Padmore said.

The $450 Kick-Off tourney attracted 593 players over four starting days, lifting the prize pool to $220,003. A five-way chip-stack chop left Micheal Uhlmann as the winner. This puts Uhlmann’s total live earnings over the $200,000 milestone. The choppers were:

Formerly known as Golden Mardi Gras, Bally’s Black Hawk rebranded after Twin Rivers Holding bought the Bally’s brand earlier this year. A former stop on the former Heartland Poker Tour, where more than $25 million was won, the poker room prides itself on listening to what its poker players want — and they want variety.

“So we got something really cool almost every day here. We like to try to sprinkle in all different kinds of events. It’s not just hold’em, hold’em, hold’em. Folks like to play different things,” Padmore said.

The Colorado Poker Championship schedule includes nearly 30 events playing through September, including freeze-outs, bounty tourneys, turbos, deep stacks, a seniors event, a ladies event, and a tag-team event (two players buy-in for $200 each) which “will pretty much fill the room …  Players just love it,” Padmore said.

The three-flight, five-day $1,450 Championship event starts Sept. 23. Players are also vying for a WSOP Main Event seat through a points promotion. Players receive points each time they make the money.

Even without a series running, Bally’s Black Hawk poker room is tournament-heavy. It runs three events per day at 10 a.m., noon, and 7 p.m. — breakfast, lunch, and dinner, if you will. A $500 Saturday tourney always attracts more than 100 players, Padmore says.


Giving players what they want

How have they maintained success through the years?

“We run a good show here. We’re pretty much the tournament house in Colorado. No one else runs them. We’ve been ‘the’ tournament house for years. People come here and play, and we do a good job and we get a good turnout,” Padmore said. “People know what they should expect when they come here.”

Padmore and his staff also do a good job of promoting their players on Twitter and sharing their tournament results. A live cash game stream may even be on the table.

Despite the large amount of space it takes up — and despite its overhead — Bally’s Black Hawk ownership always has been a big supporter of the poker room. It’s not because it’s the “heart of the casino,” or whatever other cliches poker writers have abused.

“When we have a giant poker tournament, revenue throughout the casino goes up. When players are on break or are waiting for a table, they’re all playing blackjack or buying food, or hitting the slot machines. Revenue goes up in every department,” Padmore said.