If the college football rivalry week Vegas odds are correct, Michigan will beat Ohio State for just the second time since 2003. The Wolverines (-4.5) hope to keep their national title dreams alive and also buck the trend of Buckeye dominance in this historic rivalry. 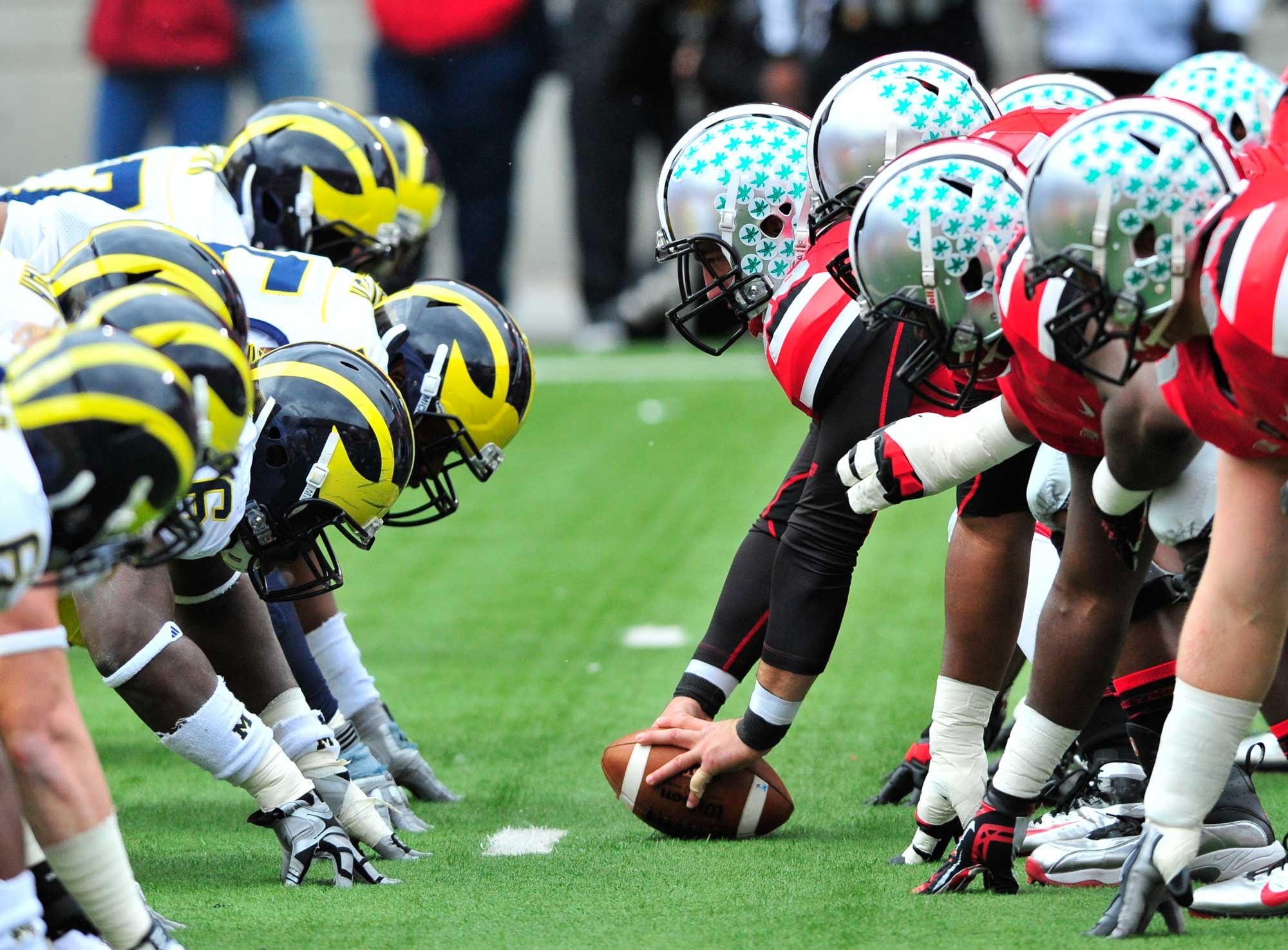 Iowa (7-4) is facing a better Nebraska team than its 4-7 record indicates. Scott Frost’s squad started the season 0-6 but have turned things around. The Hawkeyes’ season, however, has gone in a different direction, losing three of the past four. Still, Vegas has confidence in the Black and Gold, at home, to cover a 7.5-point spread.

That game kicks off Black Friday morning at 11 am CT.

Hail to the Victors?

Ohio State-Michigan has been a one-side rivalry this century. But coach Jim Harbaugh hopes the Maze N Blue will turn the tide on Saturday (noon ET).

The Wolverines are favored by 4 to 5 points depending on the sportsbook. That’s up a point from the opening line (-3), which means the bettors aren’t concerned with Ohio State’s recent dominance in the series.

Both teams enter the contest at 10-1 and the winner will head to next week’s Big Ten Championship game. But the records don’t tell the whole story, and that’s why Michigan is favored.

The Wolverines haven’t lost since the season-opener against Notre Dame. And the Buckeyes have just scraped by in many weeks recently while Michigan has been dominant. Ohio State is fortunate to have escaped Maryland – a mediocre team – with a win in overtime last week. If they don’t perform better on Saturday, a bet on Michigan to cover will be easy money.

College football rivalry week isn’t only about the rivalry games. Conference and national title shots are at stake in even in non-rivalry games, including in Morgantown, West Virginia.

On Friday at 3:30 pm ET, Oklahoma (10-1) faces a stiff road test against a hungry West Virginia (8-2) squad fresh off a disappointing loss to Oklahoma State.

Unless Texas loses to Kansas, which is highly unlikely, if Oklahoma loses, their national title hopes are shot along with their conference championship game berth. West Virginia also needs to win to get into the Big-12 title game.

Vegas is mildly confident in the Sooners scoring a key road victory. Oklahoma (-2.5) has been shaky the past few games, barely squeaking out victories against mediocre competition (Texas Tech, Oklahoma State, Kansas). But fortunately for those betting on OU, a small victory is good enough to cover.