The WSOP Online Series on GGPoker is nearing its conclusion, and the poker site saved the biggest events for last. Those include the $25,000 Poker Players Championship, a No-Limit Hold’em tournament won by Christian Rudolph for $1.8 million. 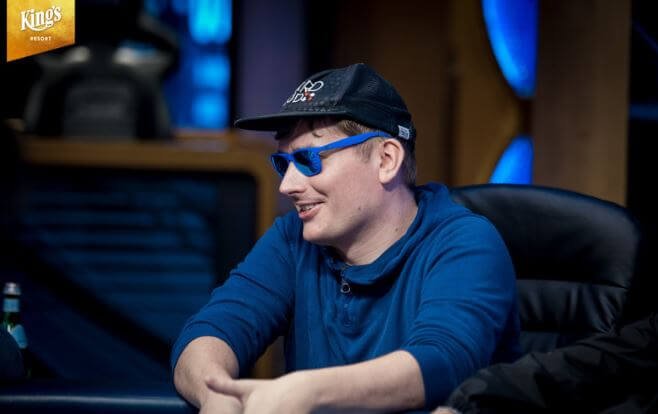 Christian Rudolph is now $1.8 million richer thanks to a lucky Saturday. (Image: WSOP.com)

The high-stakes online tournament replaces the annual $50,000 PPC in Las Vegas, which was postponed along with the entire 2020 World Series of Poker. There’s a major difference between the regular PPC, an eight-game mixed event, and the online version, which is exclusively an NLH tournament.

But massive amounts of cash were still at stake in GGPoker’s WSOP Online PPC. Rudolph advanced to Saturday’s final table, along with eight other players. He started in third position (28 big blinds) while Jason Koon, one of the top high rollers ever, led heading into the finale with 39 big blinds. Koon, however, couldn’t increase his distance from the pack and had a rough Day 2.

But none of those talented individuals could outlast Rudolph, a German pro who earned his first WSOP bracelet. He previously had 23 cashes in bracelet events for just over $1 million. You can add another $1,800,290 to that figure, along with his first major poker tournament title.

Heads-up play between Rudolph and Hunichen only lasted about 20 minutes. Rudolph began with the chip lead and quickly extended it, draining Hunichen’s stack to crumbs before getting lucky on the final hand with Q-10 against K-Q. The 10 spiked on the flop, giving Rudolph the winning hand and the WSOP Online Poker Players Championship title.

The WSOP Online Bracelet Series continues on Sunday with Day 2 of the Main Event. GGPoker raked in more than $27 million in buy-ins for that historic tournament, setting an online poker record. Main Event play continues through Sep. 6.