The World Poker Tour (WPT) Online Championship is over and Christian Jeppsson now has a place in the poker history books. 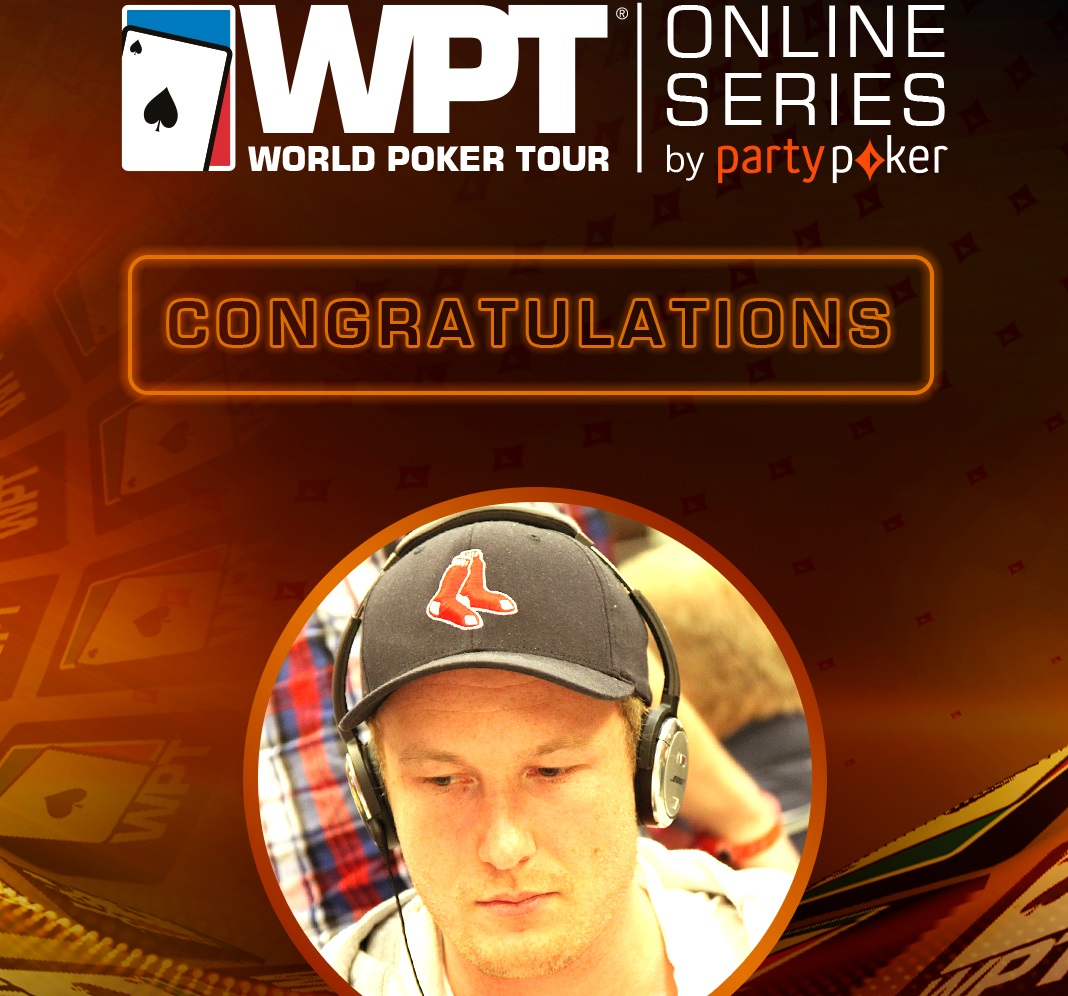 When Day 4 of the first-ever WPT Online Championship got underway on Wednesday, Jeppsson was one of eight hopefuls.

Leading an all-star line-up, the Swede managed to remain among the top stacks throughout the finale. And with Sam Greenwood and Pascal Hartmann just two of the familiar faces also in contention, winning the $3,200 event was anything but easy.

Pascal Teekens was the first player to bust after the 90-minute mark. That elimination opened the floodgates and Greenwood was next to get swept up in the swell after moving all-in for 2.2 big blinds.

With the action folded around the Canadian in the small blind, he jammed with K♠ 6♠ and hoped for the best. Viktor Ustimov made the obligatory call from the big blind with 8♥ 7♥ and it was off to the races. Greenwood’s advantage was quickly nullified by the J♣ 7♣ 6♦ flop. Although the hand remained close heading to the turn and river, the A♣ and Q♥ brought an end to Greenwood’s run.

As another avatar disappeared, it was Jeppsson’s turn to play executioner. Pre-flop, the action folded to the Swede who raised it up with A♣ Q♣ from the cut-off.

Hartmann three-bet from the small blind with pocket jacks, which prompted a fold from the big blind. Jeppsson returned fire and moved all-in, leaving Hartmann with little option but to call.

The coinflip was quickly turned in Jeppsson’s favor as the board ran out 4♦ T♣ Q♠ 6♣ K♥. The pot sent Hartmann to the rail in sixth and gave Jeppsson an almost insurmountable lead.

Next to fall were Alexander Clark, Nikolay Ponomarev, and Jukka Koskela. That trio of eliminations meant it was up to Ustimov to stop Jeppsson from claiming the first WPT Online Championship title.

In the end, a deal helped bring the event to a close. With the money carved up, and an extra $10,000 and a place in history left to play for, the bets came thick and fast.

J♦ 9♦ would be the hand that, eventually, got it done for Jeppsson. After a flurry of post-flop betting, the two players got their chips in with the board showing Q♦ 5♥ 6♦ 7♦ 2♥.

Ustimov showed pocket kings, but they weren’t enough to beat Jeppsson’s flush. With that, the inaugural WPT Online Championship was over and the Swede added $923,785 to his bankroll.