To the casual fan, internet poker master Chris Moorman may not have the name recognition of, say, Phil Hellmuth or Daniel Negreanu. But with $14 million in online cashes and more than $5 million gleaned from live events, he’s more than earned his place at the adults’ (poker) table. 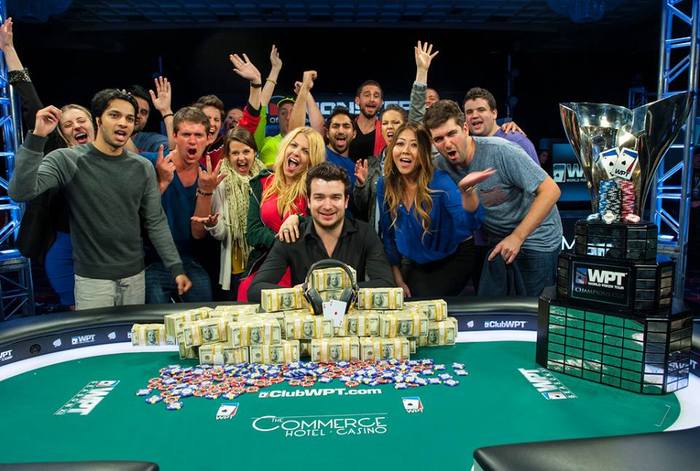 With wife Katie standing behind him (in red) and fellow pro Maria Ho (in blue) sharing in the joy, Chris Moorman took down a cool million in the WPT L.A. Poker Classic in 2014. (Image: WPT/Chris Moorman Facebook)

Chris Moorman spoke to CardsChat recently to discuss the July 11 release of his second book, Moorman: The Inside Story of the Most Successful Online Poker Player of All Time, winning his first career WSOP bracelet this summer, and the differences between being an online versus a live pro.

First off: Moorman isn’t bothered by his relative lack of face recognition or celebrity status.

“I’m just focused on playing my best and trying to beat my competition,” he said. “I’m ultra-competitive, and to me there is no better feeling than beating someone at something. I’m not bothered about the recognition and money as much, but know that if I’m doing well, those things will take care of themselves.”

The 32-year-old from the United Kingdom has a poker resume that stacks up against the best in the world, especially online. He’s won more than $14 million on PokerStars and the now-defunct Full Tilt Poker, combined.

“I Learned a Lot About Myself”

Poker players are branching out these days. Todd Brunson and Max Pescatori recently purchased an Italian restaurant in Las Vegas. Doug Polk is now as much a YouTube vlogger and poker coach, as he is a live player.

Now that he’s written and published two books, Moorman has shown he can move into a new realm as an author. What gave him the inspiration to write a second book given that he doesn’t need the money? 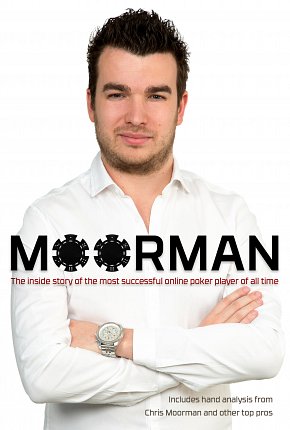 Chris Moorman’s second poker book came about because he got such a positive reception from his first. (Image: D&B Publishing)

“The main reason was because of all the nice messages I received after the first book,” he said. “So many people who I’d never met before approached me during live poker tournaments throughout the year, saying how much the book had helped them in their own game.”

Writing is very personal. Moorman discovered that when authoring his second book, which was published by D&B Poker. In his new volume, he admits he hasn’t given effort to many things in his life other than poker… and now writing.

“I think I learned a lot about myself and what I am capable of,” the online poker legend suggests. “Even in my first book I had a coauthor who helped write half. This book I wrote every word myself and while it was a lot of work, I am proud of myself for making it happen.”

The 2017 WSOP bracelet winner said he wasn’t ever tempted to play online poker while he was knee-deep into his latest tome, because he “wrote most of it in America where [except for Nevada, New Jersey, and Delaware], online poker isn’t legal.”

Many poker players consider winning a World Series of Poker championship the ultimate accomplishment in the game. Chris, after cashing in 71 live events (30 of those at the WSOP), finally won that $3,000 No-Limit Hold’em 6-Handed in June for just under half-a-million bucks.

That was good timing for someone a month away from releasing a poker book. The win certainly helped cement his already solid credibility.

But it was in March 2014 that he scored his biggest single-event cash, when he took first the WPT $10K No Limit Holdem L.A. Poker Classic Main Event for just over $1 million. How did that victory compare to his recent WSOP win?

“To me, they were very different,” Moorman said. “The WPT came at a time where I really needed the money for financial stability in my life and to take the next step of getting married, etc. It almost felt like a relief to have that and to finally win a major title. 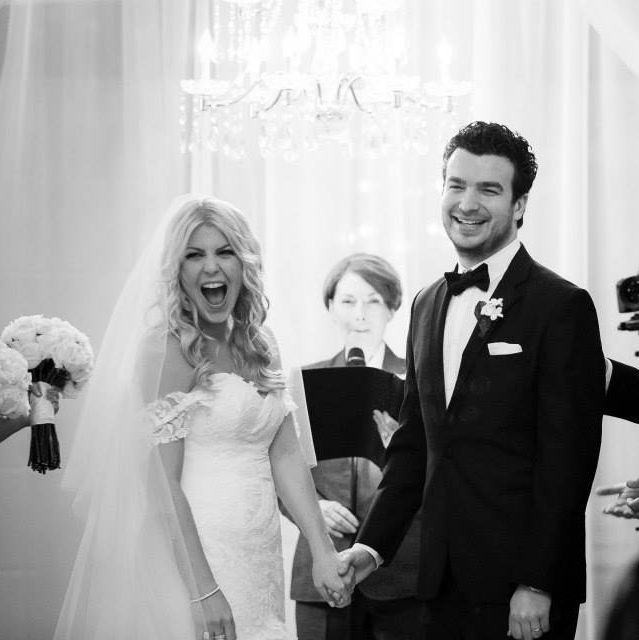 Chris’s 2015 marriage to wife Katie shows he knows how to ask for a hand as well as he plays them. (Image: Chris Moorman Facebook)

“The WSOP win was great because all my British friends got to rail me, which was amazing, and it was something that I’d strived to win for the past 11 years. So, to finally get the victory and the bracelet was incredible and something that I was beginning to doubt I’d ever do.”

Transitioning from Online to Live Poker

For pros used to the convenience and relative anonymity of internet play, moving into the “real life” version of the game can be challenging.   Even talented pros such as Chris discovered that to be true.

“I struggled at first to win live and there was definitely a learning curve,” Moorman told us.

The Essex University graduate with a degree in economics made millions of dollars on the internet long before winning a WPT and WSOP title. But it didn’t take him long to catch on at the brick-and-mortar poker tables. Chris quickly analyzed and corrected his own early mistakes.

“I think a lot of online pros have become so reliant on their HUDs to help them play that they struggle playing live without them, initially. Also, it can be tough for an online pro at first in live poker not having all the stack sizes and pot size clearly in front of them and having to work it out themselves, as they are so used to having that displayed on the computer screen,” he opined.

Chris says his biggest skill in face-to-face poker is “quickly developing reads on random opponents,” and “having a very adaptable strategy” that allows him to maximize his profits.