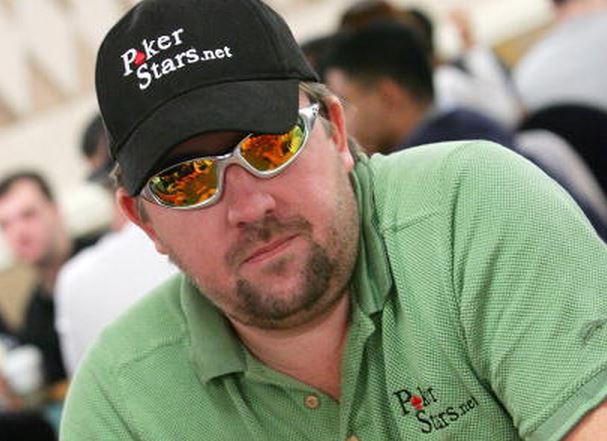 Chris Moneymaker, 2003 WSOP Main Event champ, discusses his thoughts on the 2015 November Niners, how the World Series of Poker has morphed, and his work with the Hollywood Poker Open Season Four in this exclusive CardsChat interview. (Image: Profitingatpoker.com)

Chris Moneymaker knows a thing or two about the World Series of Poker Main Event final table. The iconic poker player is, at the very least, partially responsible for the game being so popular today.

Moneymaker was kind enough to speak with CardsChat about topics ranging from the November Nine concept to the upcoming start of the Hollywood Poker Open Season Four, for which he is an ambassador.

The former accountant who turned a satellite tournament buy-in on PokerStars into a ticket to the 2003 WSOP Main Event, which he of course famously won, still resides in his home state of Tennessee. He doesn’t play many WSOP events anymore, mostly just the Main Event, because chasing bracelets isn’t a major goal of his at this point in time.

Instead, he prefers to spend time with his family. He turns 40 in just a few weeks, and his priorities have shifted somewhat. He has three children with his current wife (two girls and a boy) and another daughter by his first wife, who was subsequently adopted by his ex-wife’s new husband.

Moneymaker does, however, remain a notable figure in the poker world. He is an ambassador for the Hollywood Poker Open, which is set to kick off its fourth season next week in Lawrenceburg, Indiana.

With the 2015 WSOP Main Event final table beginning Sunday, now is a better time than ever to speak to the man who won it all a dozen years ago.

Thoughts on the November Nine Concept

There was no November Nine back in 2003 when Chris Moneymaker took down the Main Event in that game-changing event. Play was continuous until a winner was crowned. We asked him what he thinks of the new format and would he have been in favor of waiting four months to play the final table back in 2003?

“I have always been against the concept,” Moneymaker said. “So many things can happen and playing styles change over the course of that fall that when the final table starts most of the players are not the same as when they started the tournament.”

But would he have been at a disadvantage had the current format been in place the year he won the Main Event?

“It would have been a disadvantage for me for several reasons,” Moneymaker suggests. “First, I was the youngest player and held up the best over the eight-day marathon that year. Poker knowledge was not as easily attained back then and I would have been scouted [strategies created against me] better than I could have done to my opponents.”

Moneymaker’s life doesn’t revolve around poker like many players might expect. He isn’t glued to his TV watching poker, the way other players are. Has he been watching ESPN’s coverage of the Main Event this year?

He also doesn’t personally know any of this year’s November Niners. But he did share some advice for short stack Federico Butteroni, the man who was supposed to be coached by Phil Hellmuth before the 14-time WSOP bracelet winner backed out.

“Look for spots against [chip leader] Joe McKeehen who will most likely be moving his big stack. Butteroni could gamble early with a mid-strength hand and put himself in better position as the field shrinks,” Moneymaker advised.

He said he doesn’t expect to watch much of the final table, but will likely tune in to catch the very end.

The Hollywood Poker Open has grown in popularity since the first season back in 2012-2013. This organization hosts tournaments all over the country throughout the year, with the Championship Event to be located in Las Vegas at the M Resort next summer.

Moneymaker is in his third season as the organization’s ambassador and loves what he does. Each location hosts a series of tournaments and concludes with a Main Event.

Moneymaker said he plays in the Main Events and occasionally in preliminary tournaments. The HPO has tournaments in towns such as Columbus, Toledo, and St. Louis. We asked which city on the tour is his favorite to play?

“I think all the events are great, but if I had to pick just one it would be Columbus [Ohio]. It is traditionally the biggest stop and a great poker room to visit,” he said.

That poker room is at the famous Hollywood Casino.

Moneymaker may not be the best player, in terms of overall track records, to ever win the WSOP Main Event. But no player has ever had more impact for the game of poker than when Chris Moneymaker won the World Series of Poker Main Event in 2003.

And that’s why they call it the “Moneymaker Effect.”