Poker pariah Chris Ferguson shook the poker world Wednesday night when he captured his sixth World Series of Poker bracelet at the the WSOPE in Rozvadov, Czech Republic. He also took a commanding lead in the 2017 WSOP Player of the Year race with the win, and received congratulations from Phil Hellmuth. The rest of the poker world was not so kind. 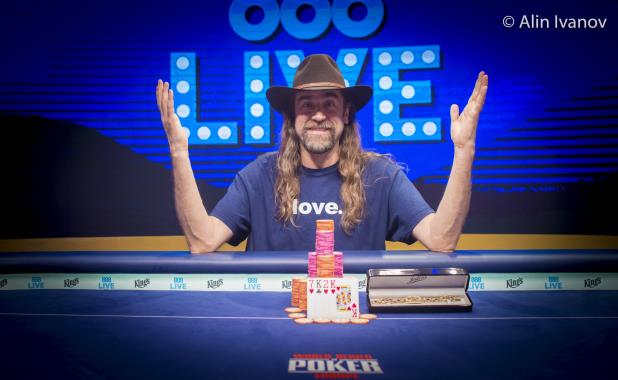 Ferguson, who didn’t play the WSOP from 2011-2015 in the wake of Black Friday and his involvement with Full Tilt Poker, moved to ninth on the WSOP’s all-time bracelet list, with six total.

“For five years, I hadn’t really thought about poker,” Ferguson told WSOP officials in a rare interview. “I didn’t really miss poker. It had been a big part of my life. I had actually been planning to take a break from poker, and it turned out to be bigger than I expected.”

The win marked his sixth cash in seven events at the WSOPE, and 24th cash overall for the 2017 WSOP, which includes both the ongoing WSOP Europe and this past summer’s series in Las Vegas. He now has 1,178.53 points on the 2017 WSOP Player of the Year leaderboard with just a few events remaining.

His next closest competition is John Racener and Ryan Hughes, who sit with 999.76 and 994.35 points respectively. Both are in Rozvadov and will likely need bracelet wins of their own to take the lead.

Ferguson has already received a €10,000 Main Event seat at the WSOPE for finishing the summer with the POY lead. If he holds onto his lead, he will also receive a $10,000 seat into the 2018 WSOP Main Event.

Are You Kidding Me?

One man who seems to be pulling for Ferguson is 14-time bracelet winner Phil Hellmuth. After Ferguson’s win, the “Poker Brat” snapped a selfie, used the hashtag #Positivity, and tweeted: “Welcome back to the WSOP winners circle Chris Ferguson.”

Ferguson responded with a tweet of his own: “Thanks, Phil! Need a few more to catch up to you though, sir! I appreciate the warm welcome, just wish everyone else would be warmer as well.”

As expected, Hellmuth faced immediate backlash for his tweet.

“Couldn’t find time to grab a selfie with Harvey Weinstein, Chris Brown, or Bernie Madoff? Next best thing I guess,” said Daniel Negreanu, an outspoken critic of Ferguson. “I’m a pretty forgiving person but the person kinda has to ask for it and this guy brazenly has put up a middle finger to everyone in poker.”

Jason Mercier responded: “Is Ferguson bringing u positivity? Or are u bringing it to him? Confused here.”

Hundreds of players offered their two cents on social media in response to Ferguson’s win.

“Would be really pleased to never hear of him again, especially from WSOP, unless it involves his writing a check to pay those he stole from,” wrote Sam Brackstone.

Another user named “Morris” echoed those sentiments, but also placed blame on the establishment. “Why is he allow to play in the WSOP after robbing so many poker players? This is a disgrace. True poker players should boycott WSOP.”

(It should be noted that all Full Tilt players received their money back, years later, as part of a settlement negotiated with PokerStars and the DOJ.)

For their part, the WSOP largely glossed over Ferguson’s misdeeds in their winner recap by primarily lauding his accomplishments and simply writing that “he took a well-publicized hiatus from poker.”

Unfortunately, Ferguson’s win overshadowed some other great stories from the event, such as India’s Divanshu Khurana, a student from nearby Munich, making the final table in his first-ever live tournament, and American pro Rex Clinkscales making a push for his first bracelet.

Like Ivey he wrecked poker (FTP in particular) only contempt for the dude:(