Folks, you might want to put down your hot cup of coffee before continuing to read this article. Chris Ferguson, the man who never apologized for his role in the 2011 Full Tilt Poker scandal, has a legitimate shot at winning 2017 WSOP Player of the Year. 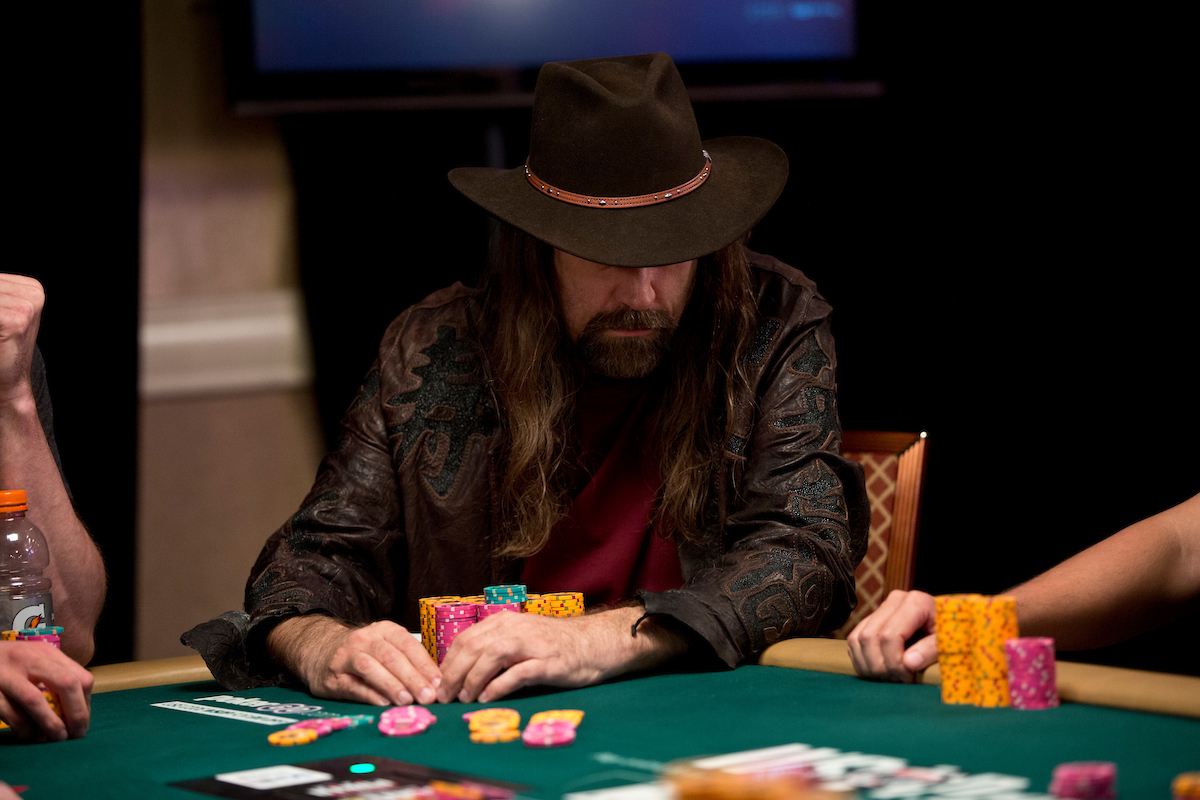 Is Chris Ferguson ready to emerge from the shadows and win the 2017 WSOP Player of the Year race? Much to the dismay of many, he has a legitimate shot. (Image: Jamie Thomson / PokerPhotoArchive.com)

Jesus has slowly and quietly climbed the leaderboard to 8th place (484.84 points), and he’s about to make another leap forward. Ferguson is one of 15 remaining players vying for the $511,147 1st place prize in Event #51, $10,000 Pot-Limit Omaha Hi-Lo 8 or Better Championship, and, for him, a sixth career bracelet.

He’s guaranteed at least 57.8 POY points with 172.1 going to the tournament’s winner. An early bust on Day Three Wednesday would put him at 542.64 points, which is less than 1 full point behind the leader, Mike Leah.

To get there, however, Jesus may need some divine intervention. Out of the 15 remaining players, he’s just 11th in chips (486,000). But if Ferguson stages a comeback and wins the PLO/8 tournament, we’ll be reporting a new POY leader tomorrow.

Going into Day Three, Josh Arieh holds the chip lead (1.70 million). The 3rd place finisher in the 2004 Main Event is going for his 3rd career bracelet.

The 41-year-old says he loves to play PLO, but admitted afterwards he isn’t a “big fan of tournaments.”

Event #47, $1,500 No-Limit Hold’em Monster Stack, will start its fourth and final day on Wednesday. Joe McKeehen, the 2015 Main Event champion, was eliminated in 26th place shortly before the conclusion of Day Three.

There are now 20 remaining players, all still within reach of the $1,094,349 the winner will receive.

Stoyan Obreshkov from Bulgaria is the only player over 10 million in chips (11.30 million). The next 10 players are in the 5 to 9 million range, and four players will start the day short-stacked with less than 2 million.

In Event #50, $1,500 No-Limit Hold’em Bounty, players receive $500 from the prize pool for every player they eliminate. But the final bounty awarded is the real prize, because with that will come a $266,646 payday and the WSOP bracelet.

That’s what Harrison Gimbel will be shooting for on Wednesday. He holds the chip lead heading into Day Three with 29 players remaining. Gimbel is the only player above the 1 million chip watermark (1,085,000).

The final table on Thursday could be pretty sick. Stay tuned.

What Else Is in Store for Wednesday

The Player of the Year race is heating up and the Main Event is less than two weeks away. It’s the most exciting time of the year in poker.