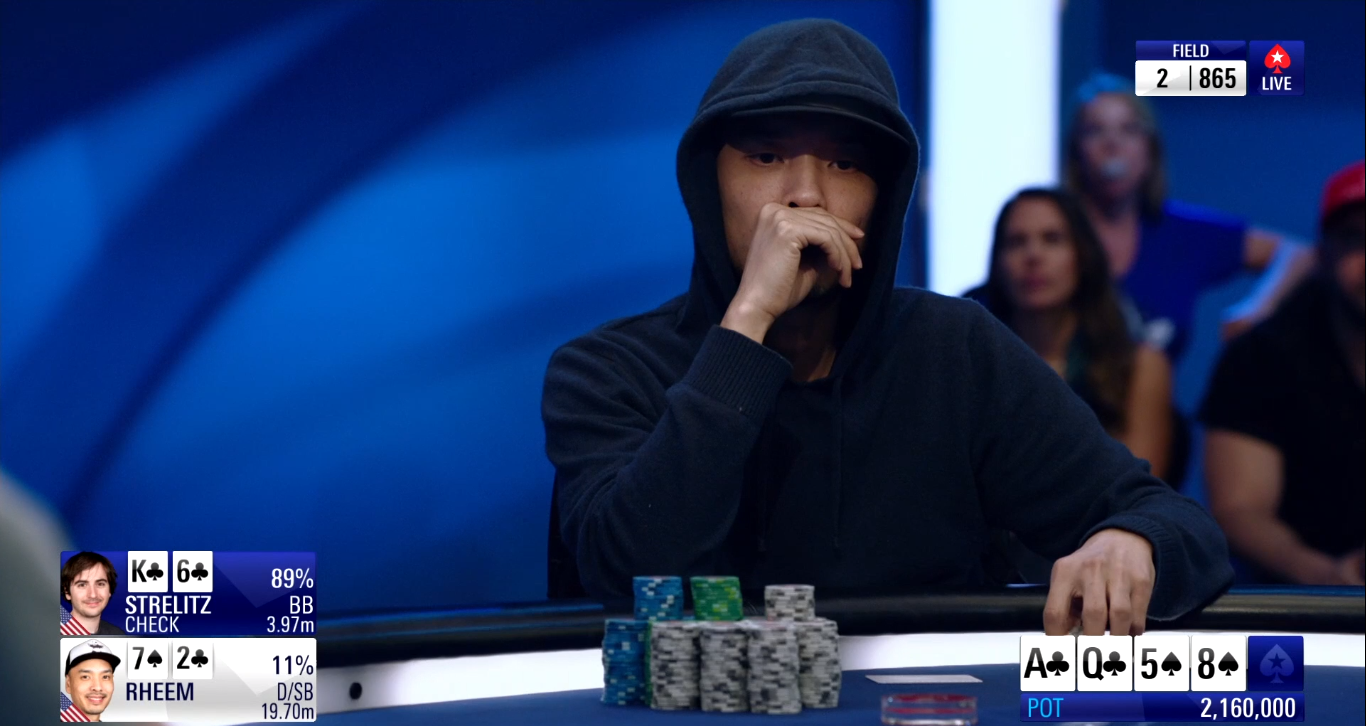 Fans watching the final table may have thought they were witnessing a WPT final table. The three-time WPT champion defeated Daniel Streliltz, another regular WPT crusher heads-up for the title.

Fans watching the final table may have thought they were witnessing a WPT final table. The three-time WPT champion defeated Daniel Streliltz, another regular WPT crusher heads-up for the title.

But, no, it wasn’t a World Poker Tour event. It was actually the $10,300 series-ending Main Event at the 2019 PCA in the Bahamas, arguably the most memorable PCA in history.

If you want to learn how to crush a final table, head over to PokerStars’ Twitch page and watch the recap of the Main Event’s final day. Rheem demolished the competition one by one, eliminating all five of his opponents to claim victory.

“It’s an honor,” an unsurprisingly humble Rheem said following his victory “I’m very grateful to even have the opportunity to come here and play, and I’m blessed to be able to win it.”

First out the door was Altman, who moved in with a suited ace-three but ran into Chino’s pocket queens. Next to the exits was Bosca, whose straight and flush draw couldn’t hit against Rheem’s bottom pair.

Pavel Veksler then took his turn getting felted by the eventual champion after losing a race. Then Wellenbach’s K-Q couldn’t defeat A-10, setting up heads-up play against two WPT stars.

Rheem, whose three WPT titles is only inferior to Darren Elias’ four, faced off against another WPT champion, Daniel Strelitz.

It was never a fair fight as Chino began play with a 5-1 chip advantage. Heads-up play lasted all of seven hands before Rheem snap-called with pocket fives against A-2. The best hand held up and the PCA has its 16th Main Event champion.

That’s All She Wrote

With the conclusion of the Main Event, that wraps up the 2019 PokerStars Caribbean Adventure. And what a memorable series it was.

The action began on January 6 with the historic $25,000 PokerStars Players Championship. This event, which PokerStars hyped up for over a year, had 1,039 players, many of whom received a free entry.

Ramon Colillas of Spain certainly enjoyed the epic event more than anyone. He shipped it for $5.1 million and also a shiny gold trophy. Not bad for someone who had just $10,000 in live tournament cashes heading into the event.

I followed the tournament live and the table where CR played. He really had too much luck, since he has played check /raising with any two, we have seen him play 72 of and the cards ended in his favor. He always showed security in his game, whether or not he had good cards in hand. When he was a big stack, then he played an aggressive game in the final stage of the tournament, to end up winning it. Congrats Chino.