Pulling a page out of an old James Bond caper, four poker fraudsters in southwestern China have been arrested after it was alleged that one used special contact lenses to dupe an unsuspecting player out of HK$81,000 ($10,400). The remaining perps reportedly watched for hand signals from the x-ray vision player to know when to hold ’em and when to fold ’em against their unsuspecting opponent. 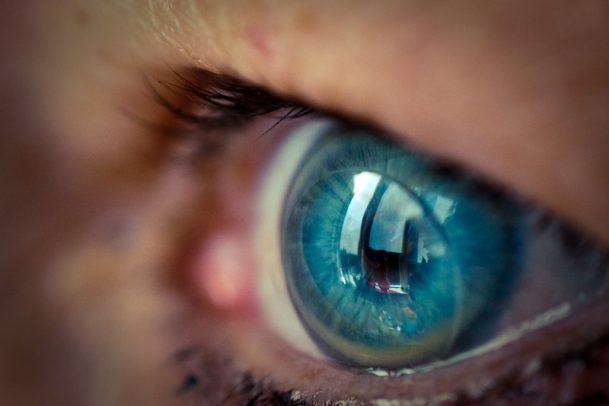 According several Asian media sources, the men convinced their victim to ante-up by promising they would get him clients for his pesticide company. As outlined in the police report, one member of the gang wore contact lenses that could recognize the markings on the backs of each card.

Acting as the spotter, the lens-wearing scammer then made subtle signals to his friends, who then made perfect moves against the victim, identified only by by his surname, Feng.

Round after round, the gang managed to “outplay” Feng, and by the time he decided to throw in the towel, he’d lost $1,500 in cash and a further $8,900 in the form of a signed IOU. After leaving the game and taking stock of his losses, Feng smelled a rat and filed a complaint with the local police officers, who subsequently enacted an investigation.

Searching the hotel room in Dali, Yunnan province, officers found the four men sleeping, surrounded by 30 decks of marked cards. Although the police failed to find anything else at the scene, Feng also claimed he was drugged before the start of the game.

The four men were detained and later admitted that they’d lured the man into the game under false pretences. The men have yet to be formally charged over the incident, which took place at the end of September, but a similar crime in Europe could provide something of a legal precedent.

Not the First Rodeo for This Scam

According to a 2013 report by The Telegraph, Stefano Ampollini used infrared contact lenses to count cards at the blackjack tables inside Cannes’ Les Princes casino. Reportedly purchasing the lenses from China for €2,000 ($2,200), Ampollini was able to track key cards and bank $78,000, before being caught.

After a police investigation, the Italian was found guilty of fraud and slapped with a two-year prison sentence, as well as a $112,000 fine. With Chinese authorities often taking a dim view of gambling in any form, there’s a good chance that the Asian quartet of alleged cheats will face at least some time behind bars.

That’s actually pretty cool that the technology is out there.