It will be the Year of the Rooster when Chinese New Year kicks off on Saturday, January 28, and Las Vegas casinos hope to have plenty to crow about when it comes to how many Asians they can lure in to celebrate, and of course, gamble, on the key holiday. 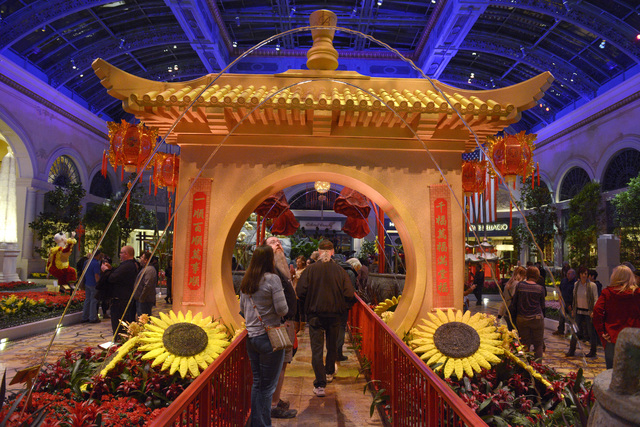 With direct flights from Beijing now available via Hainan Airlines that can bring Chinese tourists into McCarran on a non-stop 12-hour flight, the push to draw these visitors in will be on full throttle.

Poker rooms across Vegas have been home to Asian players of all nationalities for decades, but in recent years, the number of Chinese visitors has steadily increased. According to a recent report by The New York Times, 207,000 Chinese travelers visited Sin City in 2015, which is almost four times more than in 2006.

Cara Roberts, with Las Vegas Metro Chamber of Commerce, told LasVegasNow.com in 2013 that she expected Chinese visitors to the United States to grow by more than 250 percent. Resorts have heeded that prediction and are starting to angle more projects towards Chinese and other Asian visitors.

The Lucky Dragon Hotel and Casino opened just off the Strip in November 2016 and caters specifically to Asian gamblers. Although smaller than many of the city’s major casinos, the venue’s CEO, David Jacoby told VegasInc.com that the aim of the project was to create an “authentic Asian lifestyle experience.”

In addition to the Lucky Dragon Hotel and Casino, the delayed Resorts World, with a completion date of 2019, will be another move into the country by Malaysian gaming group Genting. It was in response to this this new demographic that Hainan launched those daily direct flights from Beijing to Las Vegas on Dec. 2, 2016.

The Bellagio’s famous Conservatory and Botanical Gardens is already decked out, as it does each year, with an Asian feel, which will last until March 4 with multiple-themed flower displays. The Venetian will be decorated with hand-painted roosters to mark this year’s symbolic animal.

And although it will be business as usual for poker rooms across Las Vegas, players might find that more money is bet on black suited-hands over the next few days. According to Chinese tradition, Roosters (those born in 1945, 1957, 1969, 1981 and 1993) should avoid red, as well as the numbers 1, 3, and 9.