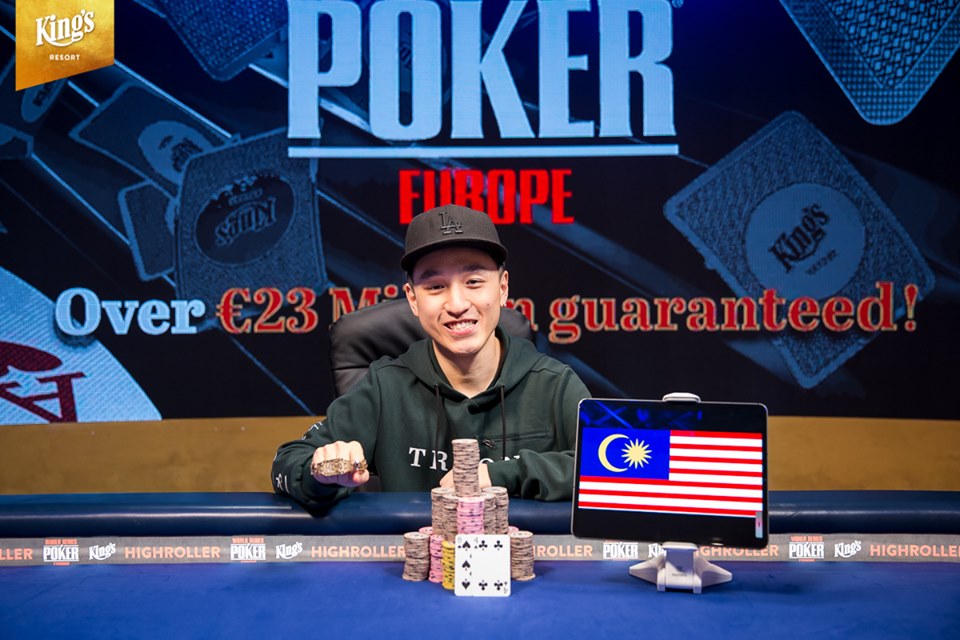 Phil Ivey ran deep in this 72-player, high-stakes poker tournament, but not deep enough to take home his 11th bracelet, and first since 2014. The Poker Hall of Famer busted in eighth place, and was first to go at the final table on Friday. He took home €212,504, his second cash of the series to go along with a second-place finish in a non-WSOPE €100,000 high roller.

Ivey also entered the €2,500 Short Deck No-Limit Hold’em tournament, finishing in 18th place for €5,228. Suffice it to say, Phil is back to competing at a high level on the international tournament circuit.

Chin Wei Lim is having quite a week at the poker table. Less than a week ago, he finished runner-up in the €250,000 Super High Roller, taking home €1.76 million. He showed that was no fluke when he took down the €100,000 Diamond High Roller final table on Friday for another €2.17 million.

The Malaysian poker player cashed three times last year at WSOP Europe. Those results came in low buy-in tournaments for just €10,000. This year’s series has been a bit more profitable, to say the least.

Anatoly Filatov, a talented Russian pro, picked up his biggest cash ever – €907,301 for third place. Vogelsang, one of the top German crushers, was eliminated in fourth place. He earned €633,336 and remains in second place on Germany’s all-time live tournament earnings list, about $11 million behind Fedor Holz, who is no longer a full-time poker pro.

Chin Wei Lim have an incredible future ahead, he will never forget this first bracelet
about Phil Ivey, I still believe one more bracelet for him, but I don’t think it will come from a high roller