The 2018 Macau Millions was a record-breaking affair as the 2,499-entry field in the Main Event proved to be the largest field ever in Macau. 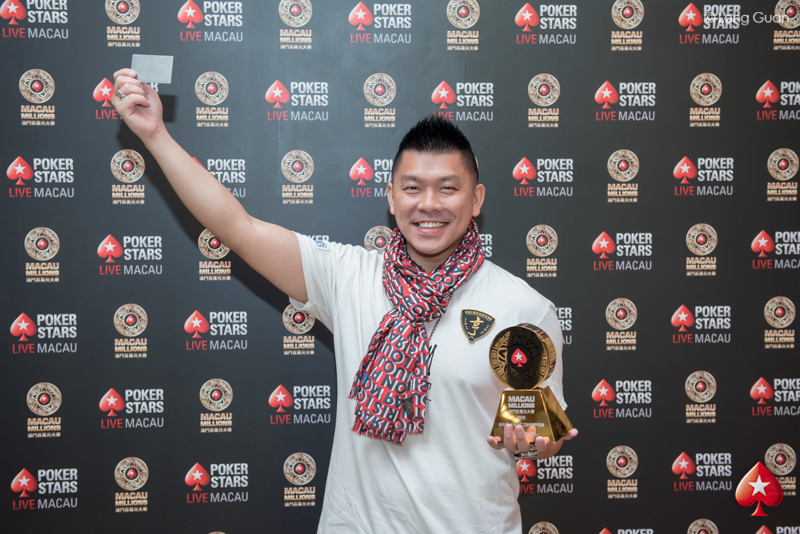 Despite the recent Chinese crackdown on poker, the APPT Macau was the continuation of a great month for PokerStars on the Asia circuit, which included record-breaking events in South Korea.

It’s All About the Trophy

“I think the trophy means more to me than the Platinum Pass, just because this is the first Main Event title I’ve ever won,” Lin said after the win. “I’ve bubbled three main event final tables so this is a special moment for me.”

The 2♥J♦8♣ flop saw Huang check, Lin bet 1 million, and Huang check-raise to 2.5 million. Lin called and then snap-called when Huang moved all in on the 10♥ turn. Lin’s jacks were out in front and held when the 6♠ bricked the river.

Prior to the win, Lin had more than $800K in live tournament earnings, which included six PokerStars Live titles. His previous best cash was $141,434 for finishing eighth in this year’s Aussie Millions Main Event.

“Breaking the record for largest field in Macau history is, clearly, a bigger challenge with each installment of the Macau Millions,” said Mark Blake, Head of Live Events in the Asia Pacific. “The ability to meet that challenge each and every time we’ve hosted this event is a proud achievement for my team and I.” 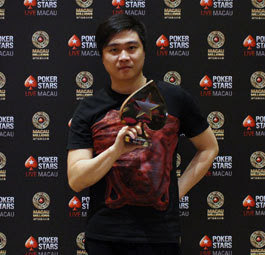 That tournament ended in a marathon heads-up match between Yuefeng Pan and Xianglai Li with the former prevailing for HK$1,085,000 ($138,288).

The APPT continues with the Manila Megastack 9 at PokerStars Live Manila from April 27 to May 6.

I get the record breaking for the event but a bit of a draw on the story title, $147.6k 1st prize.

It is already admirable what Chen An Lin has done. Imagine it is the third final table in this event, he only needed to complete the first place and with more than 2400 participants makes this victory in the main event epic. Congratulations