The 2017 World Series of Poker Circuit Harrah’s Cherokee wrapped up in North Carolina on Monday. The stop’s $1,675 Main Event drew 957 entries to create a $1,435,500 prize pool. After three days of play, 37-year-old Charles Johnson came out on top to win $272,744, his first gold ring, and a seat into the season-ending Global Casino Championship. 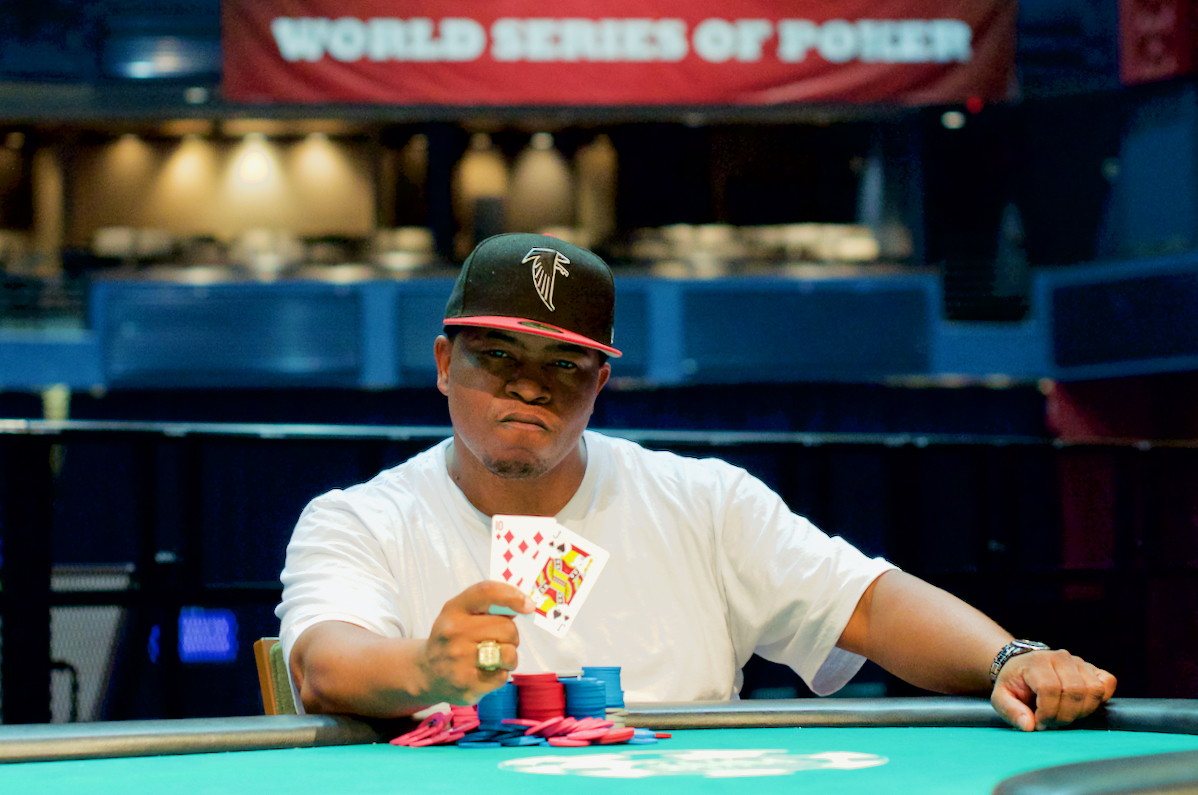 A contact center manager from Atlanta, Georgia, Charles Johnson has only been playing poker for four years, with his main game being charity tournaments at the American Legion, where he met players such as Hamid Izadi and Cody Pack, both WSOPC ring winners.

After bricking the preliminary events, Johnson jumped into a satellite for the Main Event and won his seat. He ended Day 1 with 159,500 in chips and finished Day 2 with the chip lead.

It was a flip, and Moon held on the Q♣8♠5♥ flop. The A♦ turn was of no consequence, but the 9♦ river was as Moon made a set, but that also gave Johnson his gutshot straight. Moon collected $168,700 for finishing in second place.

“There are a lot of people who’ve been doing this for a lot longer than I have and have never been here,” Johnson continued. “I feel blessed. Like… just blessed.”

Prior to the win, Johnson had just three small WSOP cashes, the best being $3,066 for finishing 96th in last year’s WSOP Circuit Harrah’s Cherokee Main Event.

Back to the Grind

Johnson doesn’t plan on letting his quarter-million-dollar score change him too much. He already intends to return to work.

“I’ve seen a lot of people win a lot of money, and the next thing you know, they’re broke. I’m not trying to do that,” he said. “I’m not going to do anything stupid. I’m going to continue doing what I’m doing now. Grinding.”

David Jackson won a $580 No-Limit Hold’em, and also placed 26th in $365 NLHE 8-Handed for $1,041 and 7th in the Main Event for $42,046, which gave him enough points to win the Harrah’s Cherokee Casino Championship title. That means he joins Johnson as the stop’s qualifiers for the WSOP Global Casino Championship, which for the past coupe years has been held at Harrah’s Cherokee.

The last WSOP Circuit stop of the year is happening now at the Bicycle Casino in Los Angeles. Williams Collins already topped a field of 125 entries in Event #1, $365 NLHE Bounty to win $7,000 and a ring.

It’s good to see that Charles Johnson will still go to his regular job; and continue to grind at poker. That will keep it at a recreational level for now, so he can continue to have fun playing without worrying about paying daily living expenses based on winnings. There is probably a great temptation to “turn pro” quickly and really ratchet up the table stakes.