C’est Fini! Online Poker is “Over” in France, Says Regulator 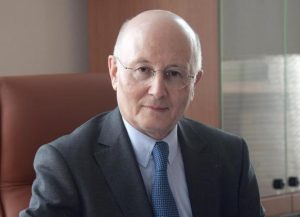 Charles Coppolani, the new president of ARJEL, the French online gambling regulator, has declared that online poker in France is a “fad” that is “over”.

Speaking to Les Échos in his first interview since taking up the post, Coppolani stated bluntly: “The fad is over. Basically, the online poker market may be mature.”

It’s a worrying attitude from the man in control of an online poker market that desperately needs to adopt liquidity sharing with other European nations in order to thrive. France chose to regulate and ring-fence online poker and online casino gambling in 2010, closing its liquidity borders to the rest of Europe and effectively corralling the market.

Since then, liquidity levels have reached an all-time low. An ARJEL report released just last week revealed that, during the first quarter of 2014, 12 percent fewer new online poker accounts had been created than in the corresponding quarter of 2013, continuing a downward trend that started in 2011.

In the same period the number of active accounts has dwindled from 299,000 to 263,000, costing operators around 10 percent of its revenue. In all, cash game figures fallen 15 per cent more sharply than the international market.

Poker is “Too Complicated”

However, rather than blaming a lack of liquidity and the fact that the French government has taxed poker too aggressively – driving up the rake and driving the players away – Coppolani makes the bizarre claim that poker is “too complicated for a rather young audience.” He also suggests that the decline may be due to the European financial crisis, which would appear to contradict the idea that poker is a fad that has passed. These theories also fail to explain why the popularity of online tournament poker in France is actually slightly on the up.

Unfortunately, Coppolani’s predecessor appears to have had the right idea. In an interview given after his departure from the post, former ARJEL president Jean François Vilotte called for liquidity sharing with other national markets in order to allow a wider variety of games and for a change to the tax model. Shared liquidity was “crucial for poker’s future, in France as anywhere else,” he said.

“We can see a decrease in the number of players in France, but this is due to the fact that big players are either moving out of the country or playing on illegal websites,” Vilotte added.

“A Little out of Fashion”

Vilotte’s efforts were thwarted, however, when the French government recently rejected a proposal to share player pools with Italy, Spain and the United Kingdom. Coppolani’s comments, in fact, echo those of Razzy Hammadi, the rapporteur of the Economic Affairs Committee at that parliamentary hearing, who claimed that “people simply needed to realize that, despite significant investments in advertising and development, poker has now gone a little out of fashion.”

The bottom line is that online poker needs a healthy ecology in order to survive and prosper. Closing borders between player pools is not only against the European Union ideal of free trade across borders, it’s strangling the online poker market. It’s just a shame that France’s online gambling regulator fails to fully understand this.