Casinos in England are facing yet more financial damage as the country prepares to go into another nationwide lockdown. 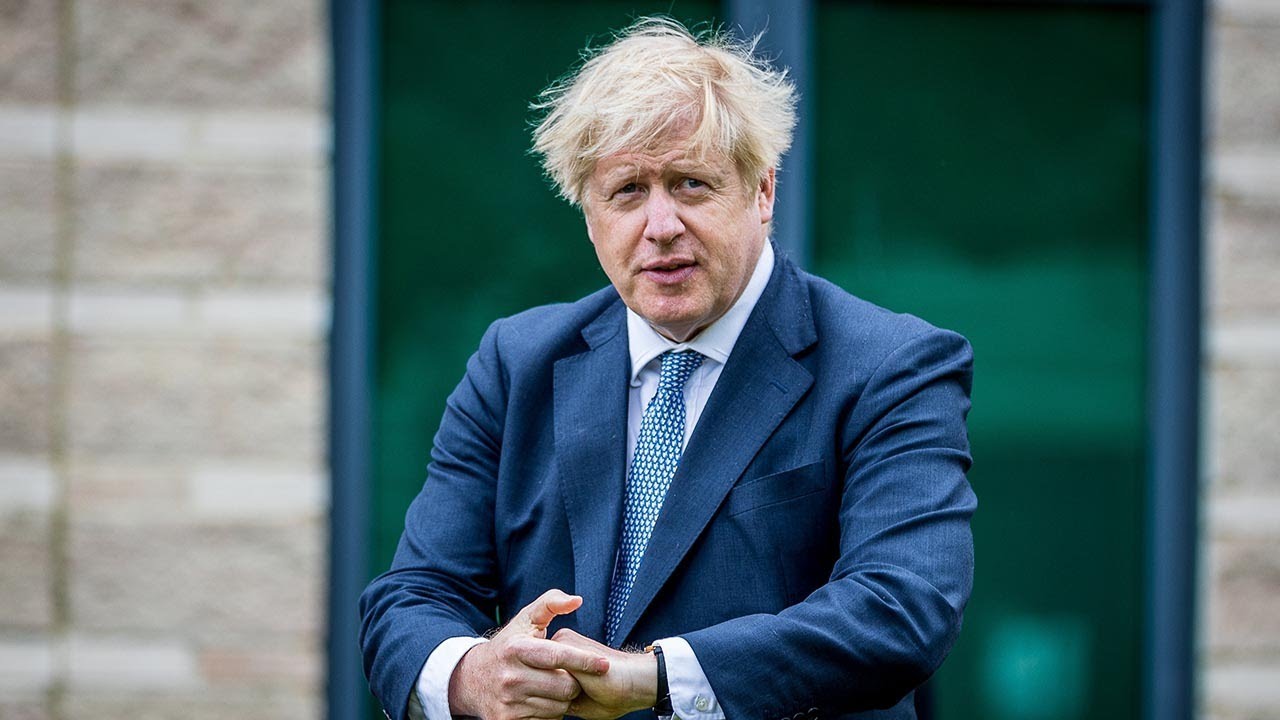 Casinos in England will be forced to close on Nov. 5 after Prime Minister Boris Johnson ordered another national lockdown. (Image: The Telegraph/YouTube)

News of the latest COVID-19 restrictions was announced on Oct. 31 ahead of a government vote this week. The deal, however, is done, and that means all betting shops and casinos in England will have to close for four weeks.

The latest lockdown will be a major blow to an industry already suffering. We know from the first lockdown that the Rank Group, which owns Grosvenor Casinos, was losing £10 million on a monthly basis.

Genting Casinos were also forced to make cuts, most notably through the closure of its live poker rooms.

Recently, casinos in England were told they could only stay open until 10pm; a restriction that meant revenue at some venues was down by 70%. That was considered a blow. However, given the current outlook, a return to previous restrictions would now be welcomed.

Per Johnson’s instructions, all non-essential businesses must close from Nov. 5 until Dec. 2. His mandate is based on what the media has dubbed “doomsday” projections from the government’s scientific advisors. 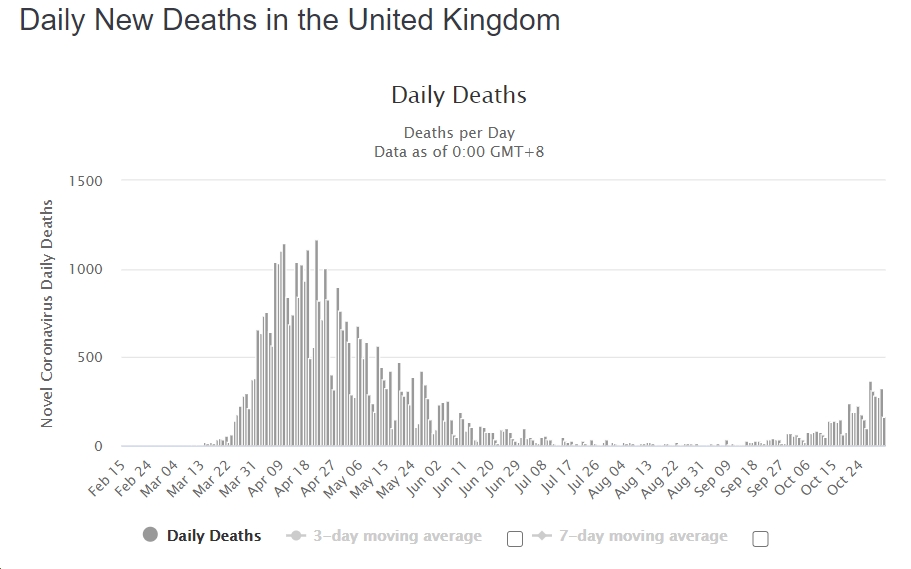 COVID-related deaths in the UK are averaging 250 per day, but projections say it could increase to 4,000. (Image: Worldometers)

Sir Patrick Vallance and Professor Chris Whitty are backing the draconian measures, stating that 4,000+ people will die from COVID-19 if they don’t act now.

The UK’s current death rate is currently averaging around 200 per day. The US, which has a population that’s almost 5x greater than the UK, has a COVID death rate that’s between 4x and 5x of England, ranging from around 800 to 1,000 per day.

At the height of the pandemic, the peak daily death toll in the US was 2,742. These comparisons have called into question the government’s actions. Professor of evidence-based medicine at Oxford University, Carl Heneghan, has argued that the projections are wrong (see video above).

Lockdowns are Hurting Businesses Across Europe

Michael Dugher of the Betting and Gaming Council has also hit out at the governments in England, Scotland, and Wales.

“Unlike in Wales and, from Thursday, England, most Scottish hospitality venues can stay open in Level 2 areas. Despite no evidence they contribute to the spread of #COVID,” Dugher tweeted on November 2.

The mood across England and the rest of the UK is somber, as it is in other parts of Europe. France, Germany, and Spain are all imposing similar lockdown restrictions. That means casinos across the continent will be closed for at least a month.

COVID-19 remains a problem, but industry representatives like Dugher are urging political leaders to consider a more nuanced approach. The World Health Organization (WHO) has advised against national lockdowns, and there is growing support for this position among scientists and business leaders like Heneghan and Simon Dolan.

For casinos in England, the reality is that November will be a dry month. There are no guarantees the lockdown won’t be extended after December 2, which means the lead-up to Christmas will be tough for members of the industry in England and in many parts of Europe.