If you are a poker player in Slovenia, it’s been a rough couple of years, but the country did get good news last week when officials with the Cash Game Festival (CGF) announced they were holding an event there for the first time.

The competition is taking place March 8th-12th in the home country of United States’ First Lady, Melania Trump, it will be held at the Casino Perla in Nava Gorica, a facility that has 30 tables. 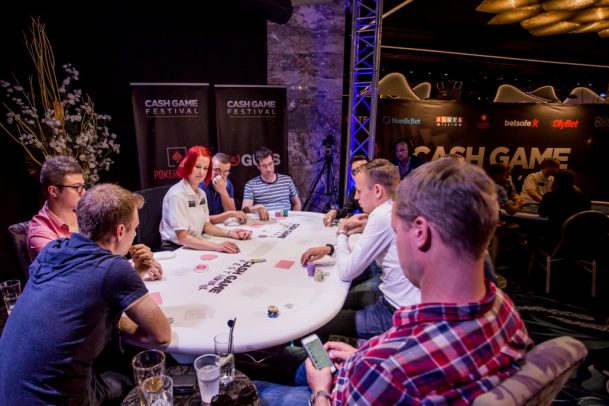 The Cash Game Festival brings poker, travel and a party atmosphere to different cities around the world and will be in Slovenia for the first time March 8th-12th. (Image: CashGameFestival.com)

Organizers are planning for at least 30 cash contests featuring a variety of stakes and games running at peak times and will feature Texas Hold ’Em, Omaha, Dealer’s Choice and Sviten Special, otherwise known as Drawmaha.

More Than A Tournament

The CGF, which began in 2014, combines poker and travel and has been to Estonia, London and Malta. In addition to 24/7 cash games throughout the five-day event, there is fine dining, parties and sight-seeing excursions around the host country.

Some of the other features of the gala include live streams at featured tables that are run by the company’s professional production team and hosted by Brandon Allen and can be watched by enthusiasts around the world.

The timing of the announcement couldn’t have come at a better time as the country has experienced several setbacks.

Last July PokerStars and Full Tilt announced it was pulling out of the online market there, but said it may return.

“Our management team regularly review our operations market-by-market to assess commercial opportunities and business risks for our brands,” a press release said. “Following a recent review, we have decided to stop offering real money games to players who are physically located in, or have a registered address in, Slovenia.”

The move was seen as a response to the country passing online gambling regulation, part of which required companies to apply for a gaming license. PokerStars did not want to jeopardize its application if it were to submit paperwork for future permission to operate there.

A month ago 888poker followed PokerStars and pulled out as well, but gave no reason for doing so.

The hope for rounders is that this event will bring some positive news about poker and entice more tournaments to be held there.