The CardsChat poker forum is approaching its 200,000th member. To celebrate the milestone, users will have an opportunity to win money in freeroll poker tournaments and score other prizes. 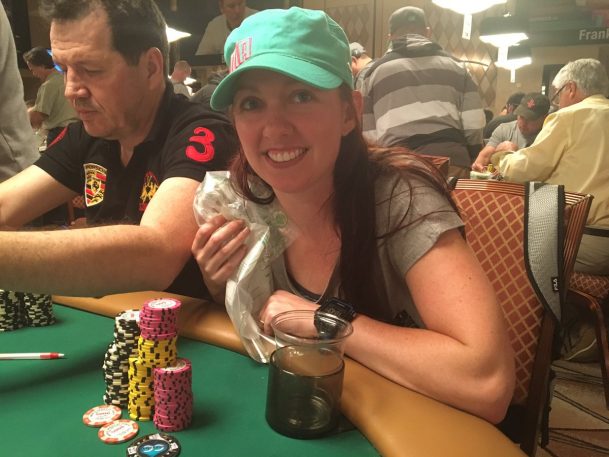 Beginning February 11, a $50 freeroll will be hosted each Saturday and Sunday until March 19. That’s twelve additional opportunities for members to win cash playing a game they love with no risk.

Money isn’t the only thing up for grabs during the competition. On March 25 and 26, forum participants will have a chance to win CardsChat merchandise, such as hoodies, shirts, caps, card protectors, and playing cards. There will be various contests over those two days.

But, wait, there’s more. A “Guess When We Will Hit the 200k” contest is already underway. Should you correctly predict the exact date the forum reaches its 200,000th member, you will be eligible to win $100 in cash and a CardsChat hoodie.

“CardsChat really appreciates the support of all of the members who are helping us achieve this milestone,” said Debi O’Neill, the forum administrator.

New to the Forum?

The CardsChat forum, as of Wednesday evening, had more than 197,000 users. It is one of the largest poker communities in the world.

There are ten sub-forums on the site, including a “General Poker” forum, which has more than 336,000 posts. The topics on that board range from discussions about favorite poker players to how to avoid going on tilt.

In the “Poker Strategy” section of the forum, members engage in discussions about cash game and tournament poker. There are numerous threads on pre-flop hand selection, post-flop play, and general poker strategy topics.

There are many examples of poker players going from nothing to a legitimate bankroll by playing in free money poker tournaments. Sofia Lovgren is one example. While in high school, the Swede freerolled her way to a $4,000 bankroll on PokerStars. This past summer, she finished 12th in a WSOP event for $75,000.

The benefit of playing in freeroll tournaments is an ability to build a real money bankroll without any risk. If you earn enough playing the freebies, you can move on to micro stakes games and then work your way up the ladder.

Take Doug Polk, for example. He is doing a $100 to $10,000 challenge on Twitch. He didn’t start by grinding freerolls. But he began the challenge grinding micro stakes games.

If you win one of the upcoming CardsChat freerolls, perhaps you’ll end up as the next Doug Polk or Sofia Lovgren.

I think its great for cardchat for doing it