CardsChat Podcast host Robbie Strazynski talks with 2016 WSOP Ladies champ, poker dealer, and lifetime student of the game Courtney Kennedy in this week’s episode that feels as good as hitting a straight on the river. 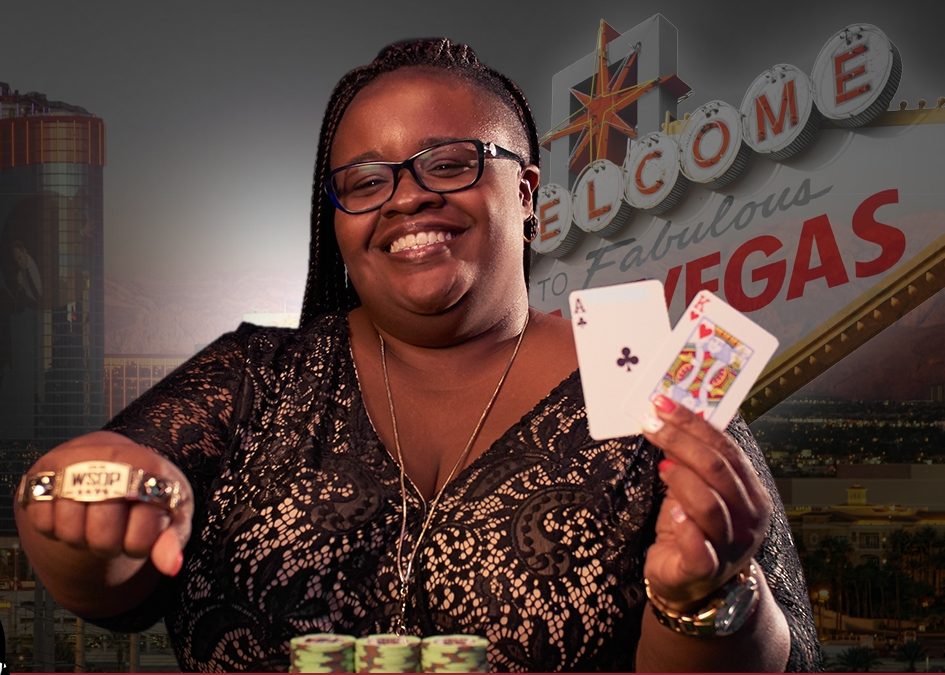 Kennedy, 42, is an avid cash-game player and poker dealer in Detroit who bottled lightning during a 2016 trip to the WSOP that she gifted herself for her birthday. That year, she won the $10K buy-in Ladies Championship event, outlasting 818 entrants for $149K. The win, she says, changed her life.

Kennedy was one of the subjects of the 2018 poker documentary “Cracking Aces: A Woman’s Place at the Table,” and talks about how she sees her role not only as a woman poker player, but also as an African American woman in the world of poker.  She also shares her philosophy about dealing poker, a job she says she loves. She’s a fun, quick-witted lady who sees herself as part entertainer and part enforcer at the table. Her regulars call her “The Warden.”

“I like the people, and they typically like me, until I hit the river card on them, you know?” she says.

Born into a family of card players, she said her grandma stuck cards in her hand when she was two. She took that card-playing DNA to Howard University, and would often make the four-hour drive to Atlantic City. She hit a royal flush the first time she played in a casino.

Although online poker went live in Michigan in 2021, Kennedy doesn’t log on. Calling herself an “unorthodox player,” she talks about how she relies on the information she gathers playing live and in person.

“I like to look at you and the ketchup dripping down your shirt from eating french fries so I can determine what I want to do or what I don’t want to do,” she says, laughing.

Her latest obsession is PLO, and she can be found “chasing dreams” a few nights a week at MGM Grand Detroit.

As is standard on “the friendliest poker podcast in town,” Kennedy answered questions from CardsChat forum members. Visit the thread to find out which guest will be speaking to Strazynski next.