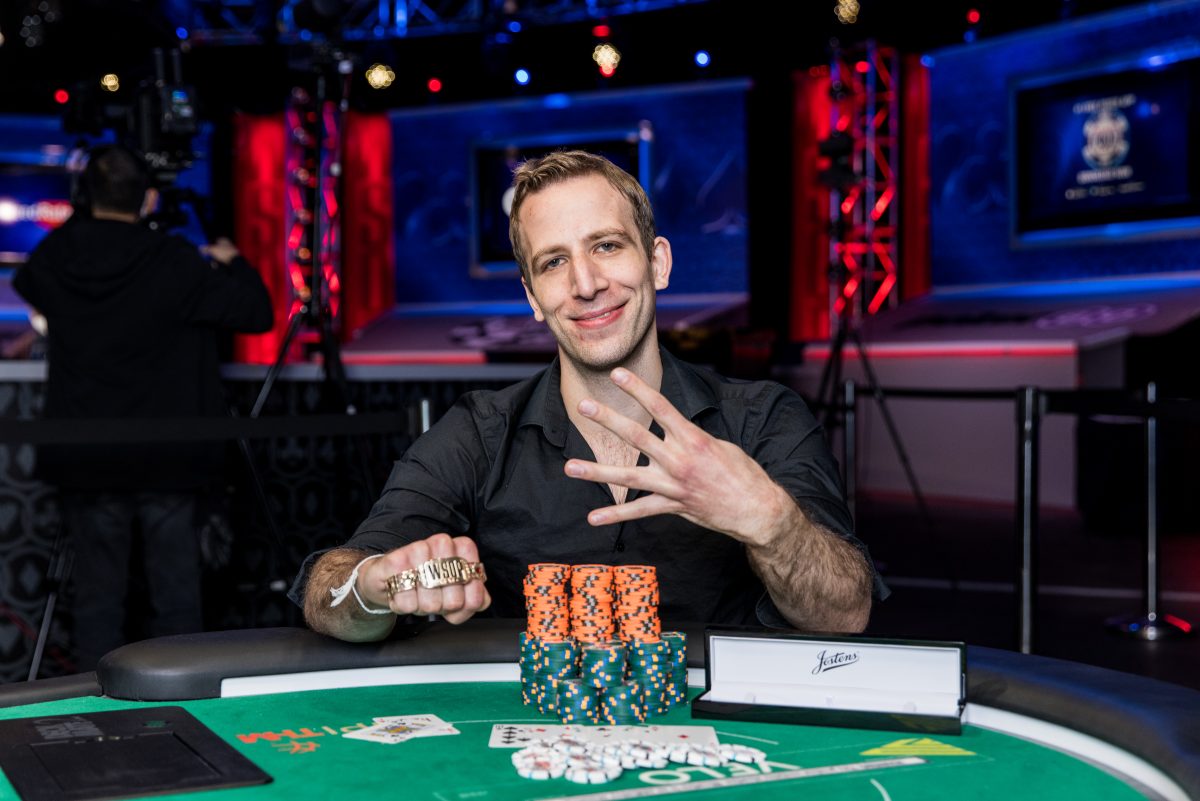 Glaser, 32, won his most recent bracelet in the $10K Razz Championship at this fall’s WSOP. In 2016, he won two bracelets in one week, both in Omaha Hi-Low Split-8 or Better. The first came in a $1,500 tournament and the second in the $10K championship.

He has more than $3 million in tournament cashes.

On the podcast, Glaser tells Strazynski about the magical week that earned him a reputation as one of the world’s best mixed-game specialists. Glaser also shares his views on late registering tournaments from the perspective of a pro who plays a full slate as possible.

“Someone like me, who plays everything and wants to play everyday, it’s tough to play from the start of every single tournament. It’s exhausting,” Glaser says.

Glaser’s path to a professional poker career started while watching his father play online when he was 14. That sent him down the path of consuming all the classic UK poker shows, particularly “Late Night Poker.”

The intellectually-gifted Glaser loved poker, but didn’t put much thought into becoming a pro before that score. He was on the way to study scores of another kind as a classical guitar major at a conservatory when his life shifted dramatically with his first WSOP bracelet.

“I didn’t have specific visions to be a pro. I did’t have a specific goal or intentions. It just kind of got more progressively serious,” he says.

Glaser remains an even-keeled, curious man who reveals how creativity — what he calls “ninja maneuvers” —  allows him to go deep in the limit tourneys he prefers.

As is standard on “the friendliest poker podcast in town,” Glaser answered questions from CardsChat forum members. Visit the thread to find out which guest will be speaking to Strazynski next.