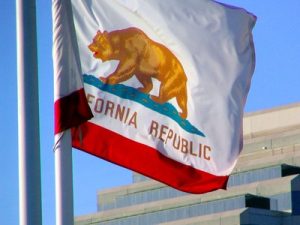 Most California Indian tribes are united in their opposition to letting in “bad actors,” which would rule PokerStars out. (Image: pokerfuse.com)

When it comes to the future of online gaming in the United States, all eyes are now on California.

Delaware, Nevada and New Jersey have all dominated the headlines in the past, and they still do to this day. And as the US looks to expand markets and players yearn for their own states to be included, most analysts point to California as the most likely to implement regulation next. Recent months have seen the state focus more time on gaming talks and legislation.

As one of the biggest names in online gaming, PokerStars has every reason to be invested in California’s gaming future. But if a group of the state’s tribes has their way, the operator’s quest for a license won’t be an easy one.

PokerStars is currently in negotiations with the Morongo Band of Mission Indians, and the three largest card rooms in California. The talks are focused on a partnership that would have the PokerStars brand supporting each group’s online poker efforts. The Bicycle Casino Poker Room, the Commerce Hotel and Casino and the Hawaiian Gardens Casino are three card rooms that, along with the Morongo tribe, were former members of the California Online Poker Association (COPA).

Discussions with the Rational Group-owned poker site are in the early stages. Representation for the card rooms says that different operators have been discussed and that other options aside from PokerStars always exist.

But now a group of California tribes are looking to implement legislation that would ban “bad actors” from being able to apply for a license in the state. For reference, the term “bad actor” refers to a company that still conducted online gaming business after the Unlawful Internet Gambling Enforcement Act (UIGEA) of 2006 was passed. Despite the Act, PokerStars had a continued presence in the United States.

Leslie Lohse,  who is treasurer of the Paskenta Band of Nomlaki Indians and chair of the California Tribal Business Alliance (CTBA), has openly stated her strong opposition to any California gaming legislation that would award a license to PokerStars. Where most of the tribes have a difference of opinion on several issues, they seem to be united against the removal of a “bad actor” clause from any bill.

These tribes claim that any company accused of wrongdoing would tarnish the integrity of a new online market in California. Still, the united opposition against PokerStars is being viewed by some as a way to remove strong competition. Being a recognized and trusted name, players would naturally come to a PokerStars-branded site – something the former COPA members no doubt had in mind.

Recently, the Rational Group’s license application in New Jersey was suspended for two years. The state’s Division of Gaming Enforcement cited concerns over the federal indictment of PokerStars’ founder Isai Scheinberg. Regardless of the CTBA’s efforts, it is up to the states and any pending legislation to determine who is suitable for a license should California finally enter the market in 2014 or beyond.