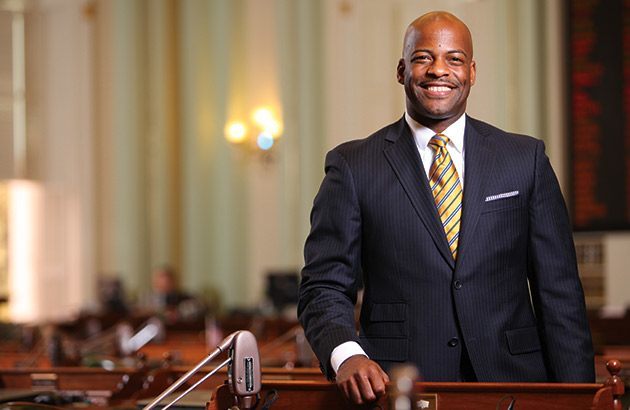 California State Senator Isadore Hall (D-35th District), sponsor of the Golden State’s most prominent poker bill of 2015, is riding to power on a wave of campaign donations from the gambling and poker industries, according to a report by the San Francisco Chronicle this week.

Hall, whose shell bill SB 278 failed to make any headway during the legislative session that just ended due to a failure of interested parties to agree on the language of the bill, is Chair of the Committee on Governmental Organization, which overseas gambling in California.

The committee is an example of what the newspaper calls a “juice committee,” the members of which are able to build strong relationships with industry heavyweights that can be translated into campaign dollars.

Hall was elected to the California State Senate in December of last year, and by March,had announced his decision to run for Congress. By June, according to the Chronicle, he had raised twice as much as his nearest opponent, some $369,000, a third of which is composed of presents from the gambling industry.

According to lobbyist Jarhett Blonien, who represents the interests of several of California’s biggest card rooms, the card rooms are supporting Hall because he is a “champion for the industry.”

“It’s not so much that they’re looking for favors, it’s that Isadore is their friend and they want to help him out,” insisted Blonien.

Curiously enough, for a man trying to legalize online poker, donors also include former Assembly speakers Fabian Núñez and Willie Brown, both of whom have joined Sheldon Adelson’s Coalition to Stop Internet Gambling.

Others include Hustler Casino owner and pornographer Larry Flint and Sacramento lobbyists David Quintana and Steve Cruz, who represent various tribal casino interests, including those of the PokerStars-hating Viejas Band. Robyn Black, who fronts for horse-racing interests, has also donated to Hall’s campaign.

The irony is that despite gaining backing from members of the Coalition to Stop Internet Gambling, the state’s cardrooms, the racetracks, and the Viejas, Hall cannot possibly please all of these groups, because they are deeply divided and spend much of their time squabbling among one another.

Now we move across the country to the East Coast and New Jersey, where the state’s Division of Gaming Enforcement (DGE) has introduced a special seal of approval to denote that a site is legally licensed and regulated by the state. The seal will play an important role in allowing customers to differentiate between licensed and unlicensed sites.

Although no figures are available, it’s believed that the New Jersey regulated market loses a large portion of potential customers to illegal offshore operators, and part of the reason for this is that players are unaware their chosen site is unlicensed. All regulated sites will now be required to display the logo by law.