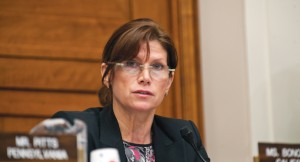 According to political reporter Jon Ralston, former California Rep. Mary Bono has not always been against a federal online gaming ban. (Image: Politico.com)

At the beginning of 2014, the newly formed Coalition for Consumer and Online Protection went public as a lobbying organization established to fight Las Vegas Sands Chief Sheldon Adelson and his efforts to ban online gambling through Congress. Not long after the group’s inception, former California State Representative Mary Bono was introduced, along with former Ohio Representative Mike Oxley, as the spokespersons for the organization.

Jon Ralston recently discovered, however, that Bono originally approached the group surrounding Adelson about working with them to fight the American Gaming Association’s efforts to protect Internet gaming rights. That happened just weeks before she signed on with C4COP to oppose Adelson.

For the Sake of Consultancy

After Bono served California’s 45th District in the US House of Representatives from 1998 to 2013, she headed out on her own as a consultant with FaegreBD Consulting. Her position as senior vice president of the company allows her to focus on legislative, regulatory, and policy matters that have to do with information technology, entertainment, and media industries.

In the process of seeking clients, Bono wrote to Las Vegas Sands spokesperson Ron Reese with a “Happy New Year” message and this note: “Please let me know if we can look at working with you soon on this issue.” The issue pertained to an attached article about the American Gaming Association being prepared to fight Adelson for online gaming rights. Reese then directed Bono to Adelson representative Andy Abboud. And it was Abboud who threw Bono under the bus by saying, “It was clear in our dialogue with Mary Bono and her team that they were going to the highest and fastest bidder. She was selling her access as a former member.”

Thus, she did not pick up Adelson as a client, while Arkansas Senator Blanche Lincoln, former New York Governor George Pataki, and former Denver Mayor Wellington Webb did.

Bono defended her actions, saying, “As a member of Congress who has been heavily involved in online gaming issues for many years, I have worked with people from all aspects of the industry, including Las Vegas Sands. But they are wrong on this. I made a decision to Chair the Coalition for Consumer and Online Protection because I believe that an online gaming ban is bad public policy.”

Upon signing with C4COP, Bono couldn’t have been clearer of her newfound allegiance, citing the dangers of Adelson’s campaign and the risks of banning online gaming. She said in another interview that C4COP approached her because of her leadership role in Congress, and she addressed Adelson himself.

“For me, this is about an idea…this has nothing to do with Sheldon. I can understand where Sheldon is coming from, I suppose, and I have tremendous respect for Sheldon, but we disagree,” Bono said.

Bono Not Alone in Bidding for Support

Ralston’s investigation of the issue also brought up another flip-flop scenario surrounding the online gaming issue. The law firm and lobbying force of Dickstein Shapiro was against Adelson before it supported him.

In a proposal sent to Caesars, Dickstein Shapiro indicated its desire to fight against Adelson, calling his efforts a “self-interested attempt to protect his interests by imposing ill-advised and unnecessary legal barriers to online gaming under the guise of consumer protection.” When Caesars chose not to hire the firm, the associates turned around and went to work for Adelson’s team.

Dickstein Shapiro was primarily responsible for gathering State Attorney Generals to form a base of support for Adelson’s proposed online gaming ban and Wire Act restoration.