A new take on a California online poker bill is making some Golden State residents sit up and take notice. And yes, we’ve been here before: the state has been debating the regulation of online poker for six years now. 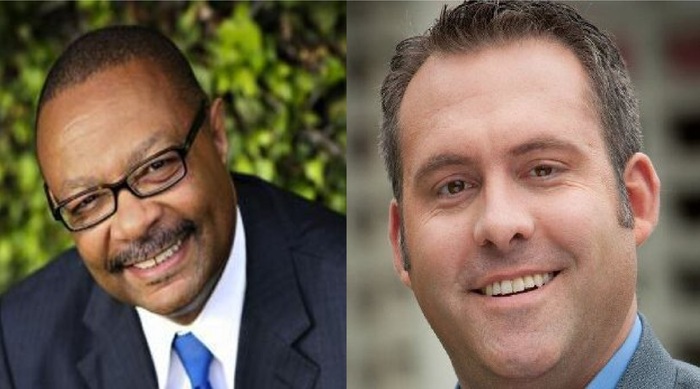 California Assemblymen Reggie Jones-Sawyer and Adam Gray, who have joined forces to push for online poker in California with a new bill. (Image: twitter.com / votesmart.org)

But State Assemblymen Adam Gray (D-21st Dist.) and Reggie Jones-Sawyer (D-59th Dist.) introduced AB 2863 on Friday, and the measure seems to have already made headway where others have foundered, securing hope for an apparent compromise between the stakeholders.

We announced the news last week, leaked in two separate letters to Gray from the Morongo Band and San Manuel Band of Mission Indians, that there was talk of compensating California’s racetracks to the tune of $60 million per year in return for their non-participation in a future market.

Unknown to us at the time, the tribal operators were referencing the new bill, and its subsequent publication reveals new details about the proposal. For example, the bill states that the racetracks would “only” receive up to $60 million a year, or more precisely “the first sixty million dollars ($60,000,000) collected each fiscal year [from online poker],” with the remaining five percent going to the State Treasury.

There is no guarantee, of course, that a future online poker industry would collect $60 million a year, at least at first. However, Eilers Research has put the annual revenues of a mature market at $273 million, although other analysts believe it may be higher.

Nevertheless, the racetracks should probably take the money and run, and there are suggestions from within the horseracing industry that this is what they are prepared to do, according to sources who spoke to Chris Krafcik of Gambling Compliance.

Should that happen, it would remove one barrier from the path towards regulation, as the California racetracks have long demanded inclusion in a future online poker industry, while tribal operators have opposed it.

One large impediment remains, however. This year, once again, there will be squabbles about “bad actors,” those operators that offered online gaming to Americans after the 2006 passage of the Unlawful Internet Gambling Enforcement Act, aka UIGEA.

AB 2863 lacks an ostensible “bad actor” clause, which will please the state’s card clubs and the Morongo and San Manuel bands, who have a deal with PokerStars to offer online poker in the event of regulation.

But the opposing Pechanga Coalition (which includes seven other Golden State Indian tribes) is unlikely to accept the bill as it stands.

Since it’s early in the year and there is room for debate and amendments, and with the racetracks removed from the “problem child” category, the Pechanga coalition may yet be persuaded to compromise.

Reading thru the text of the bill,and I can’t for the love of me figure out why online poker needs to pay the pensions for old jockeys.

So right off the bat, re-think Section 1 which is where that ‘provision’ is introduced. Half the amount mentioned (60 million per year) would be better. We the players don’t want to be subsidizing old ticket takers forever.

This bill also excludes Pai Gow, not a problem for me, but I can imagine Pai Gow fans might scream.

More when I’m finished reading thru the bill.