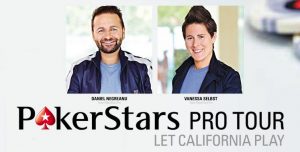 A California online poker bill will be at the forefront of a state legislature hearing on January 6th. (Image: Play Poker California)

Those hoping for a California online poker bill to pass early in 2016 probably shouldn’t hold their breath.

But residents and visitors of the Golden State can, at the very least, feel a sense of optimism in the new year.

The Governmental Organization Committee of the California State Assembly is set for a hearing on January 6th to discuss matters surrounding the online gambling industry.

In 2015, advocates of online poker legislation were disappointed that, despite a valiant effort, the state of California failed to legalize it.

But AB 167, an Internet poker bill, will be the first topic of discussion.

The bill would legalize online poker only and does not include other forms of gambling, if passed.

Only card clubs, race tracks, and Indian tribes with at least five years of gaming experience would be eligible to apply for licensing.

Each operator would be required to pay 8.5 percent of gross proceeds in taxes. According to the proposed bill, operators will not be allowed to offer any other forms of gambling and the house can have “no stake in who wins and loses.”

AB 167 is taking precedence over other gambling bills at the upcoming hearing. The reason is unknown, but some believe it has to do with this bill being a compromise between other online gambling bills that have met strong opposition.

Online poker and gambling are legal in just a few states around the country, with New Jersey currently generating the most revenue. California has been keeping a close eye on the Internet gambling success (or failure) of other states.

Money is one of the key deciding factors that Golden State lawmakers will be taking into consideration.

If legislators believe the state’s economy would benefit from online legalization, poker players just might get their wish.

But if they don’t see a significant positive financial impact, online poker legislation doesn’t stand much of a chance. That’s where the revenues generated from Internet poker in other states will come into play in California’s decision-making process.

New Jersey’s online gambling sites generated an impressive $13 million this past November, with poker amounting for $2 million of that figure. That was an increase of four percent compared to November 2014.

California lawmakers will also be taking a look at the impact PokerStars has on New Jersey’s online poker industry in 2016. The poker giant is set to launch in the Garden State early in the year.

If the PokerStars launch brings about big bucks for New Jersey, it very well could lead to major California online poker legislation movement for the first time.