San Diego, California’s Lucky Lady card club was raided by the FBI, as well as the IRS, last week. The poker card room’s owner was charged with racketeering and running an illegal gambling business by the federal agency. 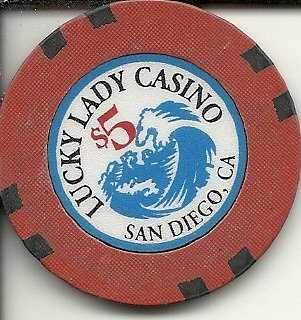 The chips are down for the Lucky Lady Casino in San Diego, as management stands accused of running an illicit sports book following an FBI and IRS raid this week. (Image: amazon.com

Thirteen workers were arrested and charged as a result of the investigation, which alleges the club’s Lucky Lady sports book was a front for an illegal offshore-to-onshore betting operation.

According to an indictment filed by the US District Attorney’s Office for the Southern District of California, the main defendant in the case is Sanders Segal, who ran Segal’s Lucky Lady sports book in coordination with the Lucky Lady’s owner, Stanley Penn.

The operation, according to the indictment, was “an illegal enterprise that connected bookies, sub-bookies and significant bettors with sports gambling websites located outside the United States, some of which were owned and controlled by members of the enterprise.”

Segal’s son Sydney, who worked at the cage, could allegedly comingle cash from the card room’s legit operations with the haul from illicit betting transactions, the indictment said.

Among those also charged was David Leppo, who owns and operates several unnamed online gambling sites based outside the US, which provided a channel for the illegal bets. Customer bets were usually placed on the websites via accounts owned by the Lucky Lady sports book, but high rollers were given their own special accounts, the indictment continued.

Feds said that more than 100 agents swooped in for coordinated raids in California, Nevada, and Kentucky. The raids were the culmination of an investigation that began in 2014, employing wiretaps and undercover detectives to infiltrate the operation.

This week’s actions were but the latest in a string of ignominious brushes with the law for California’s card clubs.  In December, two additional San Diego clubs, the Palomar Card Club and the Seven Mile Casino, were raided and charged with money laundering on behalf of an illegal gambling operation with Mob connections.

Then just last month, it was the Hawaiian Gardens, a major PokerStars ally for the push to regulate online poker in the state. That room was fined $2.8 million for repeated violations of its anti-money laundering responsibilities.

Meanwhile, the state’s oldest club, the Normandie, lost its own license last year after its owners were convicted on federal money-laundering charges. It was threatened with closure, until Larry Flynt stepped in to purchase the club, renaming it, ironically enough, the Lucky Lady. The Gardena-based room has no affiliation with the San Diego room or its raids.