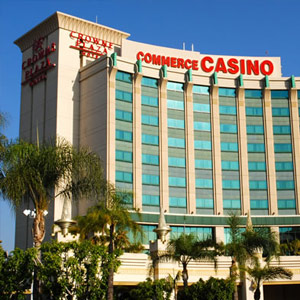 California is preparing itself to legalize online gaming, a decision that would be wildly profitable and potentially entice other states to follow suit.

Three states in the U.S. have legalized online gambling, but in the big picture, they’re just small potatoes. Delaware has legal online poker, while Nevada and New Jersey both have legal online poker and other legal online casino games including roulette, slot machines, blackjack, craps, big six and keno. California is the big enchilada, however, and if and when it legalizes online gambling…well, as the saying goes, “As goes California, so goes the nation.”

The reason is simple: California is big. It’s the biggest state, with one-sixth of the total population of the U.S., or more than 50 million people. It’s a tired old cliché but still true that if California were an independent nation, it would have the seventh largest economy in the world (the only bigger ones would be the rest of the U.S., China, Germany, Japan, the U.K. and France). So it goes without saying that legal Internet gambling in the state would also be big. Not just millions of dollars. Not even billions of dollars. If California were to open up its online gambling to foreign countries as New Jersey is planning to do, it could possibly bring in trillions of dollars of revenue.

The gambling forces that be in the Golden State, as in those who stand to make money from state Internet gambling, see it coming eventually. Those people want to hasten its arrival and they want to be prepared when it arrives. That’s why something called the iGaming Legislative Symposium is to be held in Sacramento, California on Thursday, February 27, 2014, at the Sheraton Grand Sacramento Hotel in California’s state capital. It’s the inaugural time for the event and if successful, organizers hope to make it an annual affair.

Meeting of the Gaming Minds

So what is it all about? Organizers described the event thusly in a press release: “The conference will identify the issues regarding the legalization of online gaming in California and explore possible solutions and success scenarios. These discussions are critical as policy decisions made in California in 2014 regarding the launch, regulation and taxation of online gambling will determine the success of Internet poker in California as well as influence the advancement of Internet gambling in other states.”

According to the release, among the topics to be discussed are California’s gambling landscape and politics, prepping for online poker, taxation and gambling regulation. The symposium is jointly organized and produced by Victor Rocha, the owner of Pechanga.net, a website that covers Indian casinos, and the Spectrum Gaming Group, the world’s leading gambling research and professional services firm. Attendees expected at the event include state legislators, gambling regulators, Indian and other commercial gambling operators and Internet gambling experts from around the world.

Indian tribes that run casinos in California are especially interested in the issue of legal online gambling in the state because they have the most to lose. Other than cardrooms that offer poker or racetracks offering horse racing, the Indian tribe-owned casinos are the only gambling venues in the state. If people statewide could suddenly gamble online, the tribal casinos fear a loss of business. That’s why they are so concerned. And why they want to get in on the ground floor of Golden State online gambling. That’s also why a website that covers Indian casinos is co-running the symposium. For more information about the event, visit the symposium website at iGamingSymposium.com.