Caesars Las Vegas Joins the “Pay to Park” Bandwagon, But Will WSOP Entrants Have to Shell Out Next Summer?

Caesars Entertainment owns nine properties on or near the Las Vegas Strip. Parking at each of these casino resort hotels has always been free. But that’s about to change. Will it have an impact on 2017 World Series of Poker parking at the Rio, which is one of those nine? 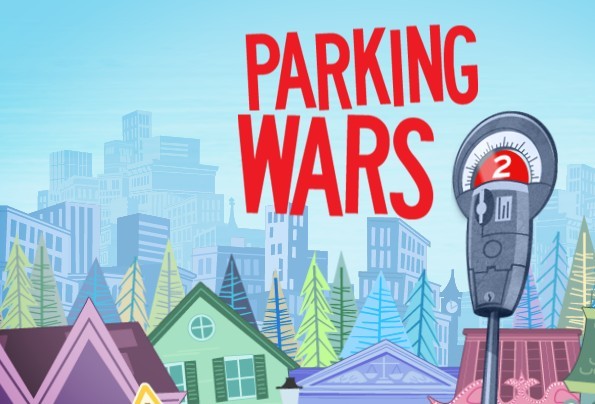 Caesars Entertainment has announced it won’t charge for parking at the Rio, for now, which is good news for WSOP players and fans. (Image: dotmmo.com)

Earlier this year (and amidst much uproar from Las Vegas locals), MGM Resorts began charging for parking at its Strip hotels. That led many to wonder when Caesars would follow suit. The answer is now. Well, in late December, is the not-very-specific start date, for now anyway.

Also following MGM’s lead, locals (after much outcry, in MGM’s case) and rewards players above a certain status (Platinum for Caesars Total Rewards program) will continue to enjoy unpaid parking, with IDs and presumably a player’s card.

Then the second phase of the operation will begin in early 2017. Again, no specific dates have been made public. The remaining Caesars properties, excluding the Rio All-Suites Hotel and Casino where World Series of Poker takes place, will begin charging for self-parking and valet.

It was only a matter of time before Caesars Entertainment, a multi-billion dollar company that has faced bankruptcy proceedings for years, copied its biggest competitor, MGM Resorts. Free parking in Las Vegas has long been a perk poker players have enjoyed, but those days are, sort of, over (see below).

The good news, for now, is that Caesars has no plans to charge for parking at the Rio, the site of the WSOP. However, the company hasn’t ruled out doing so at a future time, and the writing certainly seems to be on the wall that this is wave of the future.

The Rio is about a mile west of the Strip. Most off-Strip hotels in Las Vegas don’t charge for parking. Bob Morse, president of hospitality for Caesars Entertainment, explained why the Rio is exempt for the time being.

“There’s a much bigger parking area at the Rio and a lot of extra exits and entrances,” he said. “So we don’t have the issues at the Rio that we have on the Strip. Also, creating a workable parking program there would not be feasible. It’s simply a huge parking area with ample places to park.”

So Where Can You Still Park for Free?

The Las Vegas Strip is a poker-playing hotspot. Some of the top poker rooms are located inside Caesars and MGM casinos. That means you could have an extra travel expense if you park and play poker at these casinos and don’t meet the requirements for free parking.

There is an alternative: park elsewhere. Caesars and MGM hotels represent a large portion of the Strip, but there are a few other places you can still park for free. Tropicana (south end) is right next to MGM Grand and a short walk to Aria, both popular poker rooms. Stratosphere (far north end) still has free parking and a solid poker room. The only problem with parking at Stratosphere is it’s a two-mile walk to most other hotels on the Strip.

Another option is to park at the Fashion Show Mall (north central end) and walk across the street to Wynn and Venetian, two of the best poker rooms in town. Mirage and Caesars Palace are also within walking distance. So there are some options available to avoid paying for parking when you come to Las Vegas to play poker.