Caesars Interactive Could be Sold to Chinese Consortium, But WSOP not Part of Deal
July 25, 2016 Casino Gaming

Caesars Interactive Could be Sold to Chinese Consortium, But WSOP NOT Part of Deal 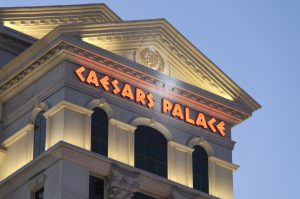 Caesars Interactive could be sold but the World Series of Poker will stay put. Giant Interactive a social casino developer is interested mainly in Playtika. (Image: esopassociation.org)

Caesars Interactive Entertainment (CIE), the online gaming arm of Caesars which owns the World Series of Poker, may be sold to a Chinese consortium that includes Giant Interactive Group, according to anonymous sources who spoke to Reuters.

The talks are “advanced” say the sources, and the figure on the table is over $4.2 billion, which is dependent on the successful conclusion of negotiations. Reuters has said that Caesars has granted the Giant Interactive consortium a brief period of exclusivity, following an auction at which bidders included Hasbro Inc and South Korean social games company Netmarble Games.

CIE is currently Caesars’ only unit turning a profit. Its main operating arm, Caesars Entertainment Operating Corp. (CEOC), is currently mired in chapter 11 bankruptcy proceedings as the Caesars group desperately tries to restructure some of its $18 billion debt.

Playtika is the Jewel in the Caesars Interactive Crown

As well the WSOP, CIE owns Caesars online’ gambling operations in Nevada and New Jersey, but the jewel in its crown is its social casino games brand Playtika, and its online games suites like Slotomania and Bingo Blitz, which  have created a dominant position in the social gaming market.

It’s understood that the WSOP and WSOP.com would not be part of the deal. Giant Interactive, which owns the ZT Online, a 2D MMO role playing game and one of the most popular in China, has little interest in staging mammoth poker tournaments or operating real-money online poker in a couple of underperforming ring-fenced markets, it would seem.

CIE’s revenue from social casino vastly outstrips its online real-money business. CIE’s reported 2015 Q4 revenue was $209.2 million, of which social and mobile games accounted for $198.8 million, some 95 percent. Across the entire year, the company’s revenue grew 30.6 percent over 2014, to $785.5 million.

Caesars Acquisition Company (CAC), which owns CIE, is due to merge with Caesars Entertainment Corp (CEC), as part of bankruptcy proceedings, in order to create cash and equity to repay billions to creditors of the distressed unit, CEOC. The sale of CIE, will help in this regard and alleviate some of the burden of interest payments on those debts.

Caesars has been at loggerheads with a group of CEOC’s junior creditors who have accused the group of stripping CEOC of its prized assets, leaving it with nothing but distressed assets and an inability to pay its debts. Under the latest reorganization plan, these creditors will be offered cash and equity in the newly merged company, but they are yet to agree to the deal. 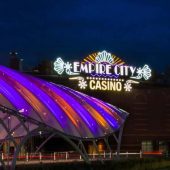 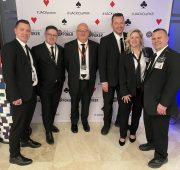 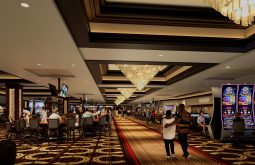