Bwin.Party Could Get Higher Offer from GVC Holdings as Bidding War Escalates Yet Again 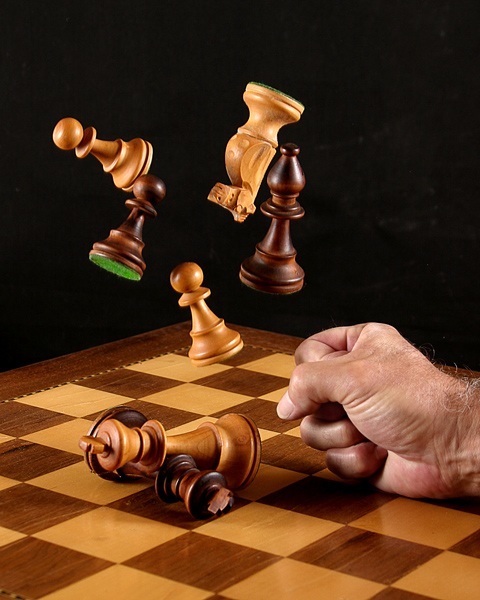 Check, mate: As the fight continues for bwin.party ownership, GVC may make a new bid for bwin which could force 888 to make some creative moves to stay in the game. (Image: cumnorchessclub.uk)

Bwin.party continues to be at the epicenter of a major bidding war, as the fighting took another turn this week. Sources close to GVC Holdings say the gaming operator may make a final three-bet for bwin’s online poker, casino, and sports betting site.

Having already made two previous offers for bwin, GVC could now be poised to put in a third raise worth £1.1 billion ($1.7 billion).

Following the news that Barclays and JP Morgan had frozen a $650 million loan set to facilitate 888 Holdings’ acquisition of bwin.party, The Times reported that GVC would be prepared to offer 130 pence per share.

At the time the news broke, the rumored offer represented an overvaluation of 17 pence per share and an increase of more than 25 percent compared to an original offer of 100 pence per share.

Subsequent news then broke that the bwin.party board had scheduled a meeting to discuss the new dynamics. Although some believe the outcome is unlikely to change given the potential reverse takeover issues a GVC acquisition would pose, an acceptance by the board would give 888 the option of adjusting its current offer regardless.

It’s most likely, however, that if a new bid is accepted, 888 will opt to offer a more favorable set of takeover conditions rather than try to outbid GVC per se. As it stands, the bwin.party board preferred 888’s proposal because they said it offered better future conditions for a merger. Although reverse takeover deals like the proposed GVC/bwin possibility aren’t uncommon in the business world, they do have some inherent challenges which can impact the efficiency of a deal.

A +EV Move for bwin.party Regardless of Result

Regardless of the final outcome, bwin.party is likely to do extremely well as a result of this protracted bidding war.

On the poker front, the company has been struggling to stay in step with the industry’s leading operators in recent months, which means a purchase price above the current share value would be seen as a positive result.

As it stands, bwin.party’s main poker platform, partypoker, is ranked seventh in the global traffic stakes according to PokerScout. However, if 888 Holdings is given the green light to complete its deal, future innovations could help improve this ranking.

The latest stats have 888poker pitched at position number two on the global rankings, just behind PokerStars. Naturally, for this to happen it would need the bwin.party board to reject the latest bid for GVC and provide clear assurances to shareholders that the 888 deal was going to happen.

This would allow Barclays and JP Morgan to authorize the necessary loan and 888 to carry out the necessary due diligence to complete the deal.