Four men were found dead after a shooting at a New York poker club during the early hours of October 12. 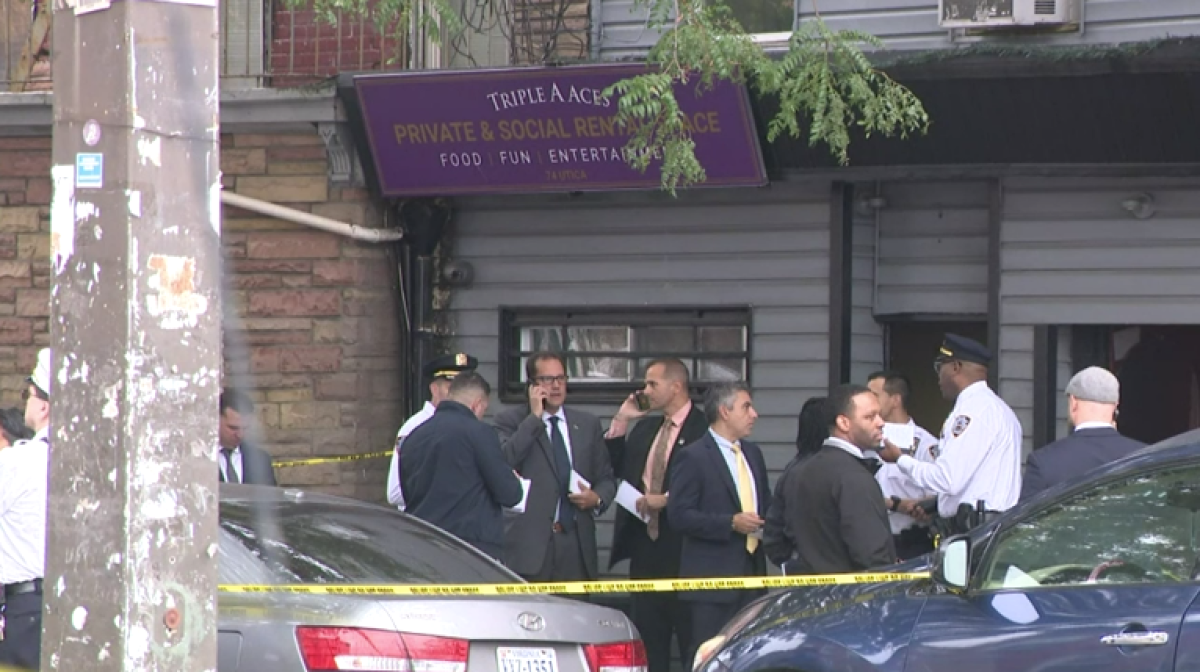 Four people were killed during a shootout at a private New York poker club. (Image: PIX11.com)

News of the incident broke courtesy of The New York Times. Following reports of gunshots, responding officers  found a 9mm pistol and a revolver inside Triple A Aces Private & Social Event Space.

Prior to the shooting, local residents in Brooklyn’s Crown Heights section had complained about the illegal gambling den.

With patrons arriving in expensive cars, and often active until the early morning hours, the poker club was already arousing suspicion.

Then, on Saturday morning, violence broke out between the players. According to witness Eddie Baldwin, Terence Bishop was shot following a dispute.

Baldwin, who is Bishop’s brother, told The New York Times that Chester Goode has instigated the shootout.

At this time, it’s unclear whether Goode was angered by the game or whether it was a robbery gone wrong. Either way, reports state that he got up from the table and fired a warning shot into the ceiling.

From there, he proceeded to shoot and kill Bishop and John Thomas. In an effort to stop Goode, the poker club’s bouncer, Dominick Wimbush, fired four shots.

In stopping and killing Goode, Wimbush was also shot, and died on the scene.

At the time of the carnage, 15 people were inside Triple A Aces Private & Social Event Space playing dice and poker. In total, three were caught in the crossfire, but are expected to survive.

Although devastating, underground poker clubs in New York have often been the source of controversy over the years.

In 2018, police broke up a private $1/$3 game which was believed to be a front for a major drugs operation. Many similar stories have been reported in recent times due to the state’s historical stance on poker and gambling.

Although tribal casinos have been legal for some time, commercial venues remained illegal until an amendment in 2013.

With Las Vegas-style casinos allowed to operate outside of tribal land and racetracks, commercial venues started to open up in 2017.

Today, New Yorkers can find slots, tables games, poker, and sports betting at various casinos and racinos across the state. However, the old culture of underground clubs still exists in some parts of the state.

In some ways, the recent incident supports the argument that more licensed poker venues should be available in New York. Moreover, it may press lawmakers to make some positive movement on an online poker bill.