The bubble of any poker tournament is always tense but things got heated after a blunder in the final stages of the 2019 Star Sydney Champs main event. 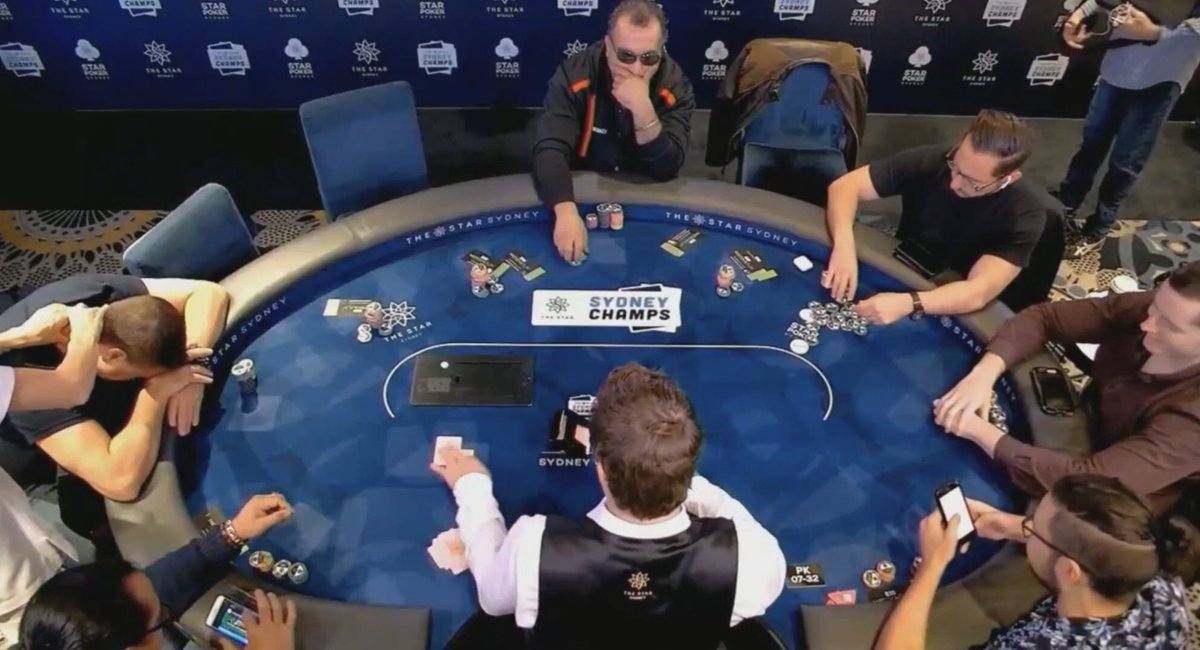 These feeling were heightened as the bubble approached and chaos ensued.

With 63 players getting paid, a double bust out caused confusion among players and staff.

As detailed in a forum post by Salvatore Fazzino, two players were all-in and all out during the same hand. Shortly after, the Star Sydney Champs tournament director paused the clock.

Due to the double elimination, the remaining players were told that hand-for-hand play wasn’t necessary as the bubble had burst. As is customary, a round of applause rippled through the poker room before the action resumed.

However, after some backstage calculations, the tournament director performed a 180.

“About 20 minutes later he comes back and announces that we aren’t actually in the money yet, and that there are still 64 players left and we are NOW on the bubble,” reads the forum post from Fazzino.

In his words, the announcement was met with “outrage” and things quickly got “heated.”

To appease the situation, a phone call to the poker room manager was made. However, after a discussion with the tournament director, play continued as normal.

Clearly disgruntled, many in the room voiced their concerns, only to be told they could email the manager on Monday if they were unhappy.

Fazzino eventually hit the rail in 64th place after his full house was beaten by quads. Although he admitted he wouldn’t have folded regardless of the confusion, he has questioned the liability of the casino.

“I have accepted that it was an unfortunate set of circumstances, however I have spoken to some players that think The Star have a lot to answer for with the way this was handled,” Fazzino concluded.

Arguments Rage on Both Sides

Another player involved in the tournament said they pushed for some sort of compensation.

“I argued with her that they were completely impacting the dynamic of the tournament by reintroducing the bubble when players, including myself, had played hands post-bubble completely differently to the way they would have on the bubble,” the forum user wrote on August 5.

While the player raised a valid point, the majority of responders said the situation was handled fairly. Although almost everyone admitted it was a terrible situation, they also agreed that people knew the dynamics before anyone busted.

However, had someone busted during the time players assumed the bubble was over, things would have been different. For that reason, some believe a gesture of good will from the Star Sydney Champs would be nice.

Eventually, the tournament played out and Hamish Crawshaw went on to win the title and US$238,783. However, the debate over the bubble chaos continues.

With live poker currently on a high following a record-breaking WSOP and success elsewhere around the world, any sort of controversy isn’t ideal.

However, in this instance, the court of public opinion seems to be saying that, even though it was a mistake, it’s not one that should mar the Star Sydney Champs forever.