Monday’s action at the 2017 PokerStars Championship (PSC) at the Atlantis Resort and Casino in the Bahamas saw celebrities compete with top pros, and a high roller regular win another major tournament. 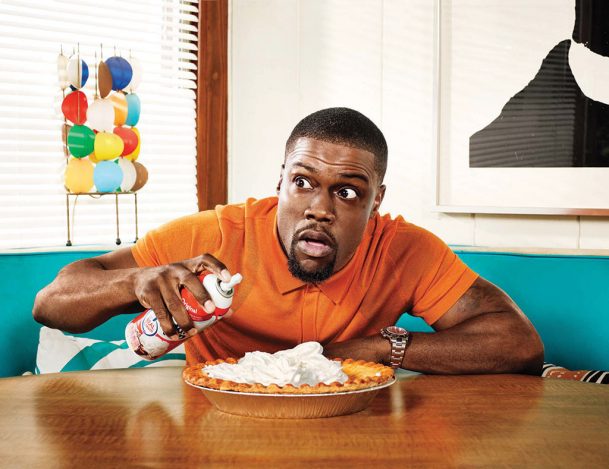 Comedian Kevin Hart, for whom a PSC cash would just be icing on the cake, failed to move forward despite four Super High Roller buyins in two separate events on Monday. He also busted from the Main Event. (Image: E!)

Starting with the $50,000 buy-in High Roller, Bryn Kenney came out victorious against 49 total entries in this one-day re-buy tournament. The proud New York sports supporter earned a $969,075 payday for his efforts.

Kenney is off to a banner start to his Bahamas trip. A day earlier, the pro finished 7th in the $100,000 Super High Roller event and won $275,060. He now has more than $13 million in career live poker tournament winnings. Last year, he took home almost $1.7 million from the PSC $100K Super High Roller, beating then-WSOP Main Event winner Joe McKeehen no less, so this is obviously a very strong event for him.

The final table was full of familiar faces on the high roller circuit. Mustapha Kanit, an Italian pro with over $8 million in career winnings, was the runner-up. He added another $695,740 to his resume.

The $5,000 buy-in Main Event began on Sunday with the first of two Day One starting flights. After Monday’s action, James Juvancic had the largest stack (271,800). Andrew Ryan was in 2nd place with 224,300 chips. Play resumed at Noon EST on Tuesday.

There was a total of 699 entries in the tournament, 350 moved on to Day Two. Play will continue until a champion is crowned, which is tentatively scheduled for Saturday: the final day of the PokerStars Championship series.

Many big name pros, such as Daniel Negreanu and Phil Laak, and a few some celebrities, advanced to Day Two. Aaron Paul, known for his lead role in the hit TV show Breaking Bad, brought 74,200 chips to the second day of the tournament. He’s an avid poker player who joined the Global Poker League last summer.

Another celebrity, actor/comedian Kevin Hart, took a stab at a few PokerStars Championship events. But he came away empty.

After blowing through two buy-ins in the $100,000 Super High Roller, he was unable to make it to Day Two of the Main Event.

That wasn’t enough for the man who Forbes lists as the highest-paid comedian in the world, knocking former king Jerry Seinfeld from his throne with $87.5 million net worth. He busted a pair of buy-ins in the $50,000 High Roller on Monday. It was an expensive vacation for the two-time host of Saturday Night Live.