Bryn Kenney was the dominant force in US Poker Open Event #7, $25,000 No Limit Hold’em that he’s been for many years on the high roller circuit. The New York native shipped the two-day tournament for $450,000 and already has nearly $1.4 million in cashes this year. 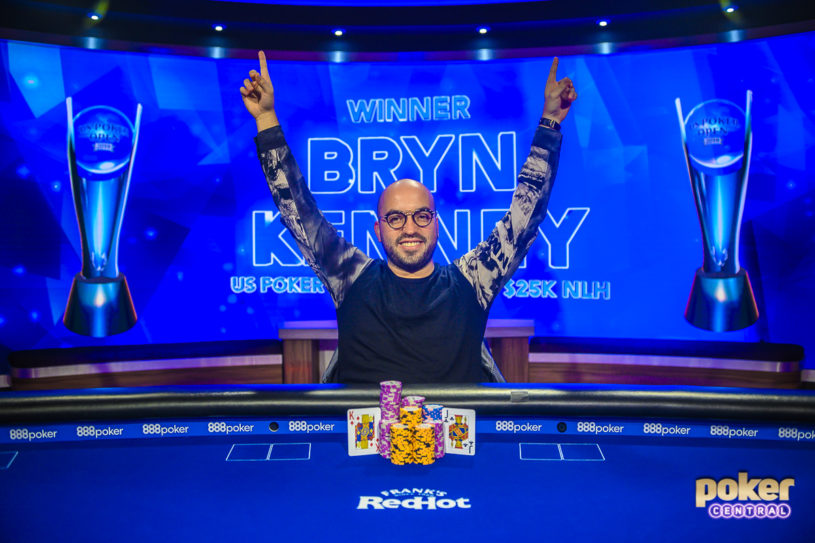 You are indeed #1, at least on this day, Bryn. (Image: Poker Central)

With the series nearing its conclusion, the championship race is coming into focus. Stephen Chidwick and Sean Winter appear nearly unbeatable at this point but Cary Katz could also still pull off a miraculous comeback.

Bryn Kenney has been a steady performer on the high roller circuit for years. On Wednesday, he shipped yet another high-stakes event, this one at the US Poker Open.

He now has over $27 million in lifetime tournament earnings, good for ninth in history. Bryn is now just $7 million behind Erik Seidel for most all-time by a New Yorker.

Kenney earned this title after beating about as difficult of a final table as you could put together. With stars like Nick Petrangelo, Nick Schulman, and Jake Schindler seated at the table, the victory wasn’t likely to come easy. And it wasn’t. But he still was able to come out victorious.

The New York native now has a US Poker Open and Aussie Millions Main Event title to his name already this year. And it’s only February.

US Poker Open Champion Will Be…?

Kenney’s title was worth 200 points and he now has 240 for the series, but unless he wins the final two events, he has no shot at being crowned US Poker Open champion. And even if he does, he’s still going to need the current leaders to fail to cash again. Stephen Chidwick and Sean Winter, on the other hand, are the favorites.

Barring a Fedor Holz 2016-like heater from Kenney or Roberts, the series champion is down to Chidwick and Winter, and possibly Katz.

A title in any event is worth 200 points, with the runner-up receiving 140 and third place earning 100. Lower cashes are also good for 40-80 points, depending on how many places are paid.

On Wednesday, Event #8, $25,000 8-Game Mix played down to the final six with only three places paying. None of the remaining players are in contention. So, that tournament won’t factor into the series championship.

It’s not out impossible, but it’s more improbable than Jerry Yang winning another WSOP Main Event, or any poker tournament for that matter, a second time.