Bryn Kenney is the Global Poker Index Player of the Year race leader at the quarter pole. 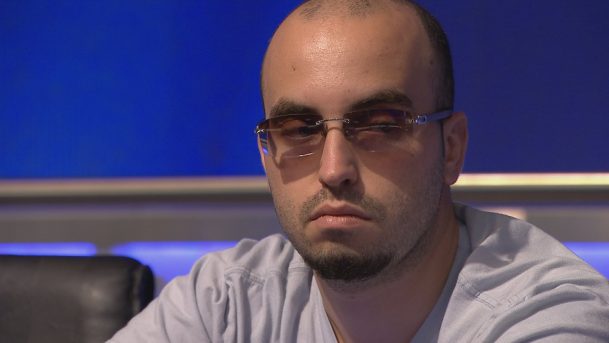 Bryn Kenney is the GPI Player of the Year leader heading into April. (Image: YouTube)

It’s far too early for Kenney to do a victory lap. There are still nine months remaining before a champion is crowned. And, as Fedor Holz learned last year, anything can happen.

Holz held a comfortable lead in the Player of the Year race in 2016 late in the year. He had arguably the most impressive summer in poker history, scoring three seven-figure paydays. His lead appeared insurmountable, but in the final tournament of the year, David Peters overtook him and claimed the award.

Kenney will have to continue his hot start to remain in the lead. There are many top pros on his heels, including Kanit and 2015 Player of the Year, Byron Kaverman, who currently sits in 6th place (1,498.96 points).

Kenney didn’t waste much time getting the ball rolling in 2017. He cashed in six tournaments before the first two weeks of the year had concluded. He will enter April with 13 cashes since January 1. He has now won more than $14.8 million in lifetime live poker tournaments.

The New Yorker’s biggest win of the year so far came on January 9 in a $50,000 buy-in high roller tournament at the PokerStars Championship in the Bahamas. He earned $969.075 for 1st place, besting a field of 49 players.

Kenney is a regular on the high roller circuit. He has competed in numerous events with buy-ins costing more than the average poker player could even fathom.

Not the Only One

Kenney isn’t the only high roller off to a hot start. Mustapha Kanit has been tearing it up since the calendar switched over to 2017.

The Italian has nine cashes so far this year, including three six-figure paydays. Kanit finished 2nd to Kenney in the $50,000 high roller event at the PokerStars Championship.

Mustapha will surpass the $9 million career mark with his next tournament cash. His biggest win came a year ago in the EPT $100,000 Super High Roller in Monte Carlo. The 2nd place finish paid him $1,653,491.

Byron Kavernman, the 2015 GPI Player of the Year, is also off to a strong start to the year. He currently sits in 6th place overall after cashing in eight tournaments, including three for six figures.